Gert's had a lurgy, Glasgow trip and more-

What is about lurgys? You don't get one for years and then 3 come along at once.It feels like my head has been cocooned in catarrh for the last couple of weeks. Clear thought finally returning together with the realisation that we are nearly half way through 2013, does not seem possible.
The trip to Mono on Record Store Day to celebrate the release of Caught in Midstream was a blast, thanks to everyone involved at Mono for the very friendly welcome and for the great buzz from the crowd (and they sold out of the single).  Definitely recommend a visit to the Cafe and Shop if you are in Glasgow, there is always something going on-  http://www.monocafebar.com/index.php?pid=84
https://www.facebook.com/stevenmcseveney2

The acoustic set with Davy Henderson, Douglas MacIntyre and Simon Smeeton went down a storm. Expect more of the same, rumour has it Davy and Simon are going to learn What's The Matter Boy acoustically over the summer.  (Talking of which I came across this piece of absurdity the other day- http://www.amazon.com/Whats-Matter-Boy-Vic-Godard/dp/B00004UB8W/ref=lh_ni_t?ie=UTF8&psc=1&smid=ASYDZOX0HKBSE
The Mono set opened with Make Me Sad, video via Brian Mackie-
Stayed at the Alexander Thomson Hotel this time and think it's a bargain. Nearly half the price of the last hotel Gert stayed in in Glasgow  (which Gert also recommended in a previous blog) , friendly, helpful staff, large, clean, comfy  and airy room (smoking and windows opened), convenient position in Argyle Street, minutes from Central Station. It might not have room service but with 24 hour shops 2 mins away who needs it and the lack of superfluous services was a 'breath of fresh air'.
No muss, no fuss, great  value: http://alexanderthomsonhotel.co.uk/

Had a delicious meal just round the corner from the hotel in Hope St at Bombay Blues. The spicy aromas emanating from of their extensive buffet drew Vic and the gnu in, a very good decision. http://bombaybluesglasgow.co.uk/

The gnu needed a bit of a trim and the very helpful people in Office suggested DLC Hairdressing, Mitchell Lane, off Buchanan St. Gnu was very pleased with the result, again a no fuss no muss approach. http://dlchairdressing.weebly.com/
PS You've got to wait 48 hours to have any colour done- allergy testing.

Another bit of genius from Andrew Shaw with this promo for Vic and The Sect's Caught in Midstream/You Bring Out The Demon in Me 7"including live Subway Sect footage from Lee McFadden and Tracey Holloway from The Water Rats 29th March 2013.

Both songs streaming here:
https://soundcloud.com/aedrecords/sets/caught-in-midstream-vic-godard
Delight all round  with the response to the single, thanks to Aed and RSD  and a big up to everyone who stocked it and bought it (and continuing to buy it from the participating Record Shops) and a big YA BOO SUCKS TO YOU to the cynical scuzzos who bought it just to sell on a particular website, obviously didn't get the ethos of Record STORE Day. PLEASE DON'T BUY FROM THESE LEECHES, remaining RSD stock is now available on line as well as in store from participating shops:
http://www.recordstoreday.com/Venues?country=United+Kingdom&venue=
and Aed, Vic and the Gnu will have some copies from 18th May so don't pay over the odds. Many thanks to Marc Riley for giving the single lots of airplay, about 1h 19mins in this episode just after the Pastels at 1h 10mins in:  http://www.bbc.co.uk/programmes/b01ry2qt 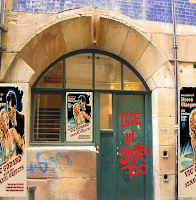 There has been a great response to 'Live in Stereo Too' too, proving to be one of gnu inc's most popular releases. Still available here..... but not sure for how long: http://www.vicgodard.co.uk/live_in_stereo_too.html
AND Vic is returning to Stereo on Thursday 27th June singing a jazz/VU set at the Glasgow Jazz Festival as a guest of the Jazzateers. He is accompanied by Andy Alston on keyboard/piano; Mick Slaven on guitar and Campbell Owens on double bass. Douglas MacIntyre and James Kirk will be joining them for the VU songs.http://www.stereocafebar.com/index.php?m=event&c=view&id=8:221638
https://www.facebook.com/events/464429770296943/
and on 28th Vic's doing a set at Neu! Reekie! Edinburgh with Douglas MacIntyre- keep an eye out for more info-
https://www.facebook.com/neureekie?fref=ts
Later in the year- Sounds in the Suburbs are presenting Vic singing with the Sexual Objects at The Voodoo Rooms on 22nd November and Glasgow CCA on the 23rd- http://www.vicgodard.co.uk/vic_godard_live.html

17th May at the New Continental Preston, great line up with Super Fast Girlie Show https://www.facebook.com/SuperFastGirlieShow?ref=ts&fref=ts
and Manchester duo The Bell Peppers. All info and tickets here:
http://www.newcontinental.net/whats-on/event/vic-godard-subway-sect-plus-special-guests

and here: https://www.facebook.com/events/550980194923304/
The gnu will be bearing gifts as she did in London and Brighton, going with the retro theme  this time in keeping with the feeling of the northern soul single .....BUT with two weeks to go it could prove to be bad gnews for the gnu's gnashers! 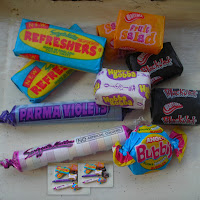 
Then nicely rounding off the quartet of 'Limited Edition' Subway Sect gigs promoting the single Vic's very pleased to have been invited back to play for The F Club presents at The Brudenell Social Leeds on 1st June. Very Special Guests The Cyanide Pills and The Expelaires. Details and tickets here -
http://www.brudenellsocialclub.co.uk/Event/Details/855
and at https://www.facebook.com/events/341719415942559/

* Gert's observation based on gigs 2008 to Now - I think I may have alluded to this before but is a curious phenomenon that in the UK, apart from the always hugely enjoyable Spinning Chilli gigs in Brighton and a few for Bitterscene, Chelmsford, The Thunderbolt, Bristol and two in Brixton, it is nearly always North, further North, Scotland or London (north of the Thames) where  Vic and Subway Sect or Sexual Objects play.  So is there something, particularly in the northern psyche, that gets it and if so is it definable? Does it geographically reflect the areas and communities where music and the the arts generally are welcomed, appreciated and nurtured and generally add to the local sum of human happiness?......................  Or is it just a Vic thing?

Back to business - There's another MR session on the Sect Horizon and a trip to Hamburg on 8/9th November to play for Markus Wilhelms again at Astra Stube before it closes. Look out for details  at the website (link below) and  https://www.facebook.com/vic.godard.3?ref=tn_tnmn
http://www.astra-stube.de/index.html

There are a couple of photographic books just out, one is The Punk Photography of Sheila Rock in which amongst many others, is an unusually posed picture of the early Subway Sect. Gerti has it on good authority that it was Rob Symmons who was responsible for the pose -  Rob played guitar Vic didn't so Vic should have the guitar, Myers to hold his bass like a handbag and apparently Vic thinks Paul Packham was just trying to look hard, not sure about the "pure" and "beautiful" though in this piece from Sean O' Hagan The Observer 27.04.2013-
http://www.guardian.co.uk/artanddesign/gallery/2013/apr/27/punk-photographs-sheila-rock-pictures#/?picture=407831194&index=6

AND THEN there is Harry Papadopoulos' wonderful book What Presence! Vic compares his work to Henri Cartier Bresson and Gert totally agrees. The photographs from 1976 to 1984 are evocative of time and place and the portraits in particular have a resonating poignancy and I  openly admit that when I got to the last photograph, of Harry himself, I had a lump in my throat and a tear in my eye. An exhibition of his work will visit Dundee from 3rd May, details here:
http://www.dundee.com/events/what-presence-rock-photography-harry-papadopoulos.html
And buy it here, you won't regret it,whether you are a fan of the period of music it brings vividly back to life or appreciate the art and skill involved in taking beautiful photographs: http://www.birlinn.co.uk/What-Presence.html 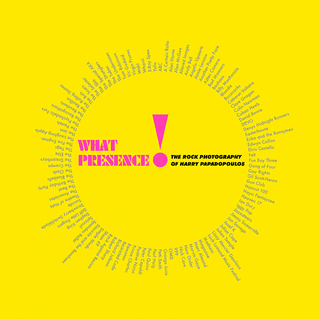 Ending on a melancholic note- RIP Mac Daddy from Kriss Kross, far too young.
http://www.independent.co.uk/arts-entertainment/music/news/kriss-kross-rapper-chris-mac-daddy-kelly-dies-aged-34-in-atlanta-hospital-8600278.html
And on a more personal note, it still feels like it was yesterday-much loved and sorely missed.
http://www.bmdsonline.co.uk/16624141
Charles was scouted by and asked to trial for Sunderland when he was sixteen but his Mother had other plans and he had to make do with playing at university and playing cricket for Durham and Scottish Universities at the Riverside, Chester Le Street  in the summer holidays.
http://www.cricketarchive.com/Durham/Players/136/136122/136122.html 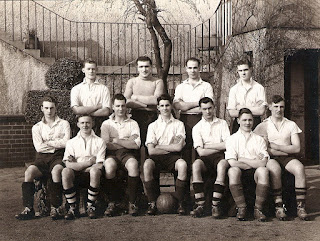 He's the handsome devil front row third from the right.(or fifth from the left)
Posted by Unknown at 05:11 No comments: