Gert's Bloggin' in the Sun!


It feels a bit surreal blogging OUTDOORS, IN THE UK! It seems eons since we got the opportunity to bask and broil in the sun for longer than a nano-second, and so rare an occurrence that I can't quite believe it,  actually feeling the need for sun protection factor 50- what's going on?? In fact it seems so incredulous that I think perhaps I've been transported by the Starship Enterprise to a distant tropical dream land where the Bong-trees grow. ( It all occurred too quickly for a leisurely trip by pea green boat with Edward Lear's endearing friends -
http://www.englishverse.com/poems/the_owl_and_the_pussycat

The gentle  thrum of insects fills the air and although no ring-nosed pigs the fruit trees are thronged with flocks of sqawking rose-ringed/  Indian ring necked Parakeets, and summer seems eternal (ok a bit over the top but understandable after a year and a half of autumn/winter gloom,  interspersed with only the briefest, tantalising  spells of anything vaguely hinting that we (in the UK) might, one day, again experience an actual, entire, summer 'season'.Anyway Gert's going to ignore the Eeyores who can't cope with the cold and can't cope with the heat (in any other temperate country this 'heatwave' would just be called summer) and get out there and make the most of it - the only thing missing is the sound of waves gently breaking on the shore-http://sounds.bl.uk/Environment/Water/022M-WA09020XXXXX-0380V0  (Isn't the British Library brilliant?)

And yes, Gert's a bit of a Trekkie, favourite series is Voyager being a big Captain Janeway fan, about time they had a female running a star ship and she did an exemplary job of getting everyone back to the Alpha Quadrant. Never been keen on Deep Space Nine, seemed too much like Babylon 5 and wasn't keen on that either, even with Will Robinson. Lost in Space is another one of my all time fav tv sci fi series and probably only surpassed by The Time Tunnel and Land of the Giants.Also an Agatha Christie fan, particularly M. Poirot and Mr Parker Pyne. (This person is a truly dedicated fan: www.davros.org/misc/agatha.html

It seems ages ago now but it has been only just over 3 weeks since Vic and the Gnu took the west road to Scotland for the second of three trips on the agenda this year. (Next is singing with the SOBs in November)
As luck would have it the two days of fair weather were on the way up on the train... and on the way home on the train along the wonderfully scenic east coast line.(sitting landward this time).
First stop Glasgow - Vic was invited by the Glasgow Jazz Festival and the Creeping Bent Organisation to open for The Jazzateers who were performing their acclaimed 1983 debut LP “Rough 46” live for the first time and celebrating it's beautifully packaged re-release on Creeping Bent. http://www.scotsman.com/lifestyle/music/news-and-features/gig-review-the-jazzateers- vic-godard-glasgow-1-2982505

http://www.jazzfest.co.uk/programme/jazzateers/      https://www.facebook.com/bentpage?fref=ts
Vic gave the vocal chords a good airing in a set comprised of old standards, some VU songs, Holiday Hymn and  Felicity. accompanied by some very talented musicians - Douglas MacIntyre (Sexual Objects, etc), Andy Alston, Campbell Owens and Mick Slaven (all  Independent Group alumni) AND the added treat of James Kirk appearing as if out of no where at the side of the stage to join in on HH and Felicity.


A most enjoyable time was had by all. Plans afoot to reprise the jazz set for a London gig- Watch This Space (rather the next blog or Vic's fb https://www.facebook.com/vic.godard.3?ref=tn_tnmn or website http://www.vicgodard.co.uk/vic_godard_live.html
Stayed at Alexander  Thomson again (see previous blog for more). Not quite as nice a room as last time in April but still ok if a bit on the small side. However the loo was just plainly not thought out - on a really quite high, very narrow platform. I'm 5ft 6in and had to sort of spring-board on,   legs left dangling and then sort of lurch (or fall) off, was trying to think what it reminded me of       and then it came to me- the childlhood insecurity when you first start using the grown up's loo and it all feels a bit precarious. 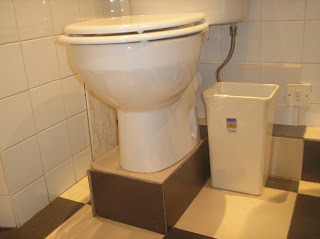 Sorry for going from loos to food- dinner on one night at TGI Fridays-hmmm- not like the US ones. Food ok but disappointed in service bearing in mind the number of staff on duty,several echelons in fact not doing much from bus persons, new waiting staff, established waiters/tresses, table supervisors, shift leaders, seaters and greeters and still dirty tables left uncleared and empty plates left in front of people.(Gert waitressed her way through college so notices these things) And the music is very loud, unfortunate if not to your taste.


Raining again on the way to Edinburgh on the 28th, Vic was finally doing a Neu! Reekie! night at Summerhall,  the former Royal (Dick) School of Veterinary Studies in Edinburgh - An amazing amazing warren of a building which is now devoted to artistic creativity, with studio and workshop spaces.

On the bill at Neu! Reekie! A SUMMER STORM-
The uniquely talented Momus, Vic and Douglas MacIntyre (successfully winging it with Vic doing a solo performance of Lush Life interspersed with stand up for the encore) and a celebration of Sandie Craigie, with readings from Kevin Cadwallander, Jenny Lindsay and Colin McGuire.
http://neureekie.tumblr.com/
http://imomus.com/
http://www.summerhall.co.uk/2013/neu-reekie-35/
https://www.facebook.com/neureekie?fref=ts
Vic and the gnu also discovered a rather nice restaurant called Hewat's, literally a hundred yards or so up the road on the left. Gnu had carpaccio of tuna followed by sea bass with a garlic 'nage' (broth to you and me) and a caramelised lemon tart for pud, Vic had haggis risotto followed by wild boar. Very reasonable for the quality of food, service and ambience,and will definitely go again. http://www.hewatsrestaurant.co.uk/index.html

A medley of Vic and Douglas at Neu! Reekie from Summerhall tv including snatches of Felicity,Holiday Hymn and VU songs.

http://www.aedrecords.com/collections/vinyl/products/aed0015-vic-godard-subway-sect-caught-in-midstream-you-bring-out-the-demon-in-me
Don't forget Vic and Subway Sect, with Kevin Younger on keys/guitar, Mark Braby on guitar, Paul Myers on bass, Paul Cook on drums and Yusuf B'Layachi on backing vocals/tambourine, are back doing another Marc Riley session on Monday 22nd July. Performing 5 numbers in total- Happy-Go-Lucky Girl  Won't Turn Back  Born To Be A Rebel  The Water Was Bad and Stop That Girl 7-9pm GMT (+1) -  http://www.bbc.co.uk/programmes/b03773m5
And then it's off to Catalonia next month for a couple of days in Vic for Vic to rehearse for  Festigàbal at Heliogàbal Barcelona, part of the well known,much larger Festa Major de Gràcia-
http://www.festamajordegracia.cat/event/2013/08/16/month/all/all/1
famèlic  invited Vic over to sing with Mates Mates, so finally a chance to do the songs from the single released in Feb this year on Famèlic Records  -  Les Parts Del Cos (Castaslasnas), (Oh Alright) Go On Then and Whip Rules. (Copies available at the gig in Barcelona and from http://famelic.bandcamp.com/merch/vic-godard-mates-mates-vic-to-vic ) Vic's still working on the rest of the set list with Mates Mates
https://www.facebook.com/events/209194432570853/    and here's a reminder of Castaslasnas -

COMING SOON: 'Close' is a short film commissioned by Film London, written and directed by Geoffrey Taylor and a little bird ( a smallish gnu actually) has told me that two songs from 'Whats the Matter Boy' are rumoured to be part of the sound track- Empty Shell and Birth and Death). Please 'Like' their page if you want to follow the progress up to screening the final film at festivals. Here:  https://www.facebook.com/closefilm
SYNOPSIS:    Charlie lives with his distant figure of a father. On the week of Charlie’s 12th birthday he discovers his father dead in his bed. Charlie keeps the body a secret; in this time he discovers his father’s vibrant past; hidden memories that have been forgotten and through this quiet intimate time he spends with the body, Charlie begins to feel closer to his father than ever before.

COMING SOON 2 - AND talking of What's the Matter Boy -  Andrew Shaw, Vic's website guru has been tirelessly working on a page for the site that will allow Gnu Inc to release WTMB as downloads, for the first time and exclusively from Vic's website http://www.vicgodard.co.uk/
This will work slightly differently to other download purchases as it's coming direct from Vic or the gnu and so response times will vary (eg they're on GMT time, asleep, at gigs, etc) 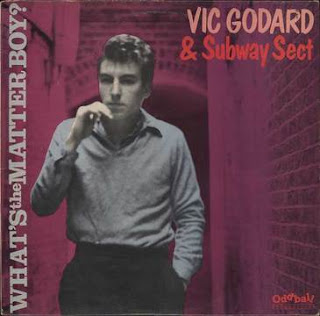 And following on from that I heard that Vic and the gnu were musing on what to have on Gnu Inc's next release- Live and Rare Vol 3 and are thinking they could re-release the whole of WTMB PLUS the best live versions they have of  the songs AS WELL. Please let Vic know your thoughts on his facebook https:/www.facebook.com/vicgodard or leave comments here.

If you haven't seen this film about Simon Rivers and The Bitter Springs you're missing a treat- Cozzy Guts, a Stan Watson film is 17 mins of doc Rock-U-Drama, inimitably Bitter Springs style with Simon Rivers' taking us on a wryly humorous tour  of all things Springs.

YOUR HEART OUT- Always a good read and it's FREE to Download for ALL- The forty-seventh edition of Your Heart Out is an investigation in to the music of Ultramarine but 'nothing is ever that simple' - http://yrheartout.blogspot.co.uk/

If you can try and catch a performance of Clive Barker's Sex,Drugs and Music-Hall-
http://www.theargus.co.uk/leisure/stage/10500917.Punk_musician_turned_writer_Clive_Parker_brings_his_debut_theatre_show_to_Brighton/