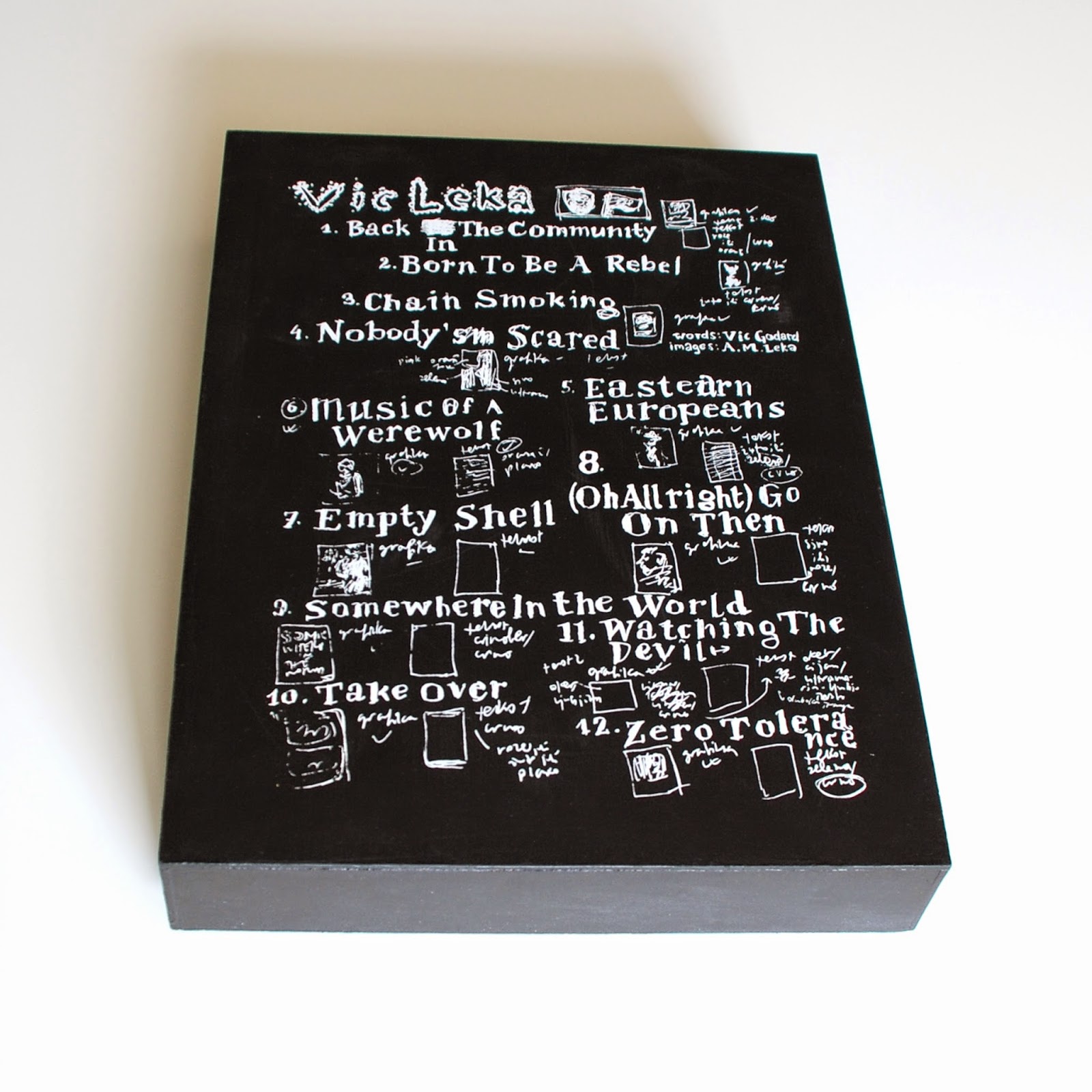 2006 – When and where it began
Leka had an exhibition in ULUS gallery in Belgrade of large scale hybrid paintings that were done in mixed techniques of collage, stencil, oil and acrylic on canvas “They were dedicated to artists (musicians) that I like to listen to and I listen to music all the time, in the studio, when I prepare breakfast, in car, etc.”
The "portraits" were of Vic, Vi Subversa from Poison Girls, Rob Lloyd from The Nightingales, John McGeoch from Magazine, Vini Reilly and Bruce Mitchell from Durutti Column and one self portrait* - Leka Mobster (an artist friend told him that he looked like a mobster on one photo so he decided to paint it) 2009/10 – Meeting in the virtual world/corresponding
Leka read an interview Vic did (probably this one with Den Browne for Mudkiss http://www.mudkiss.com/vicgod.htm) which had contact details at the bottom and Leka followed up by emailing Vic about buying a copy of gnu inc’s first limited edition CD release ‘Live in Stereo’. Although officially sold out Vic had two copies left, he said he only needed one so he sent Leka the other, their friendship was born and they continued to correspond. 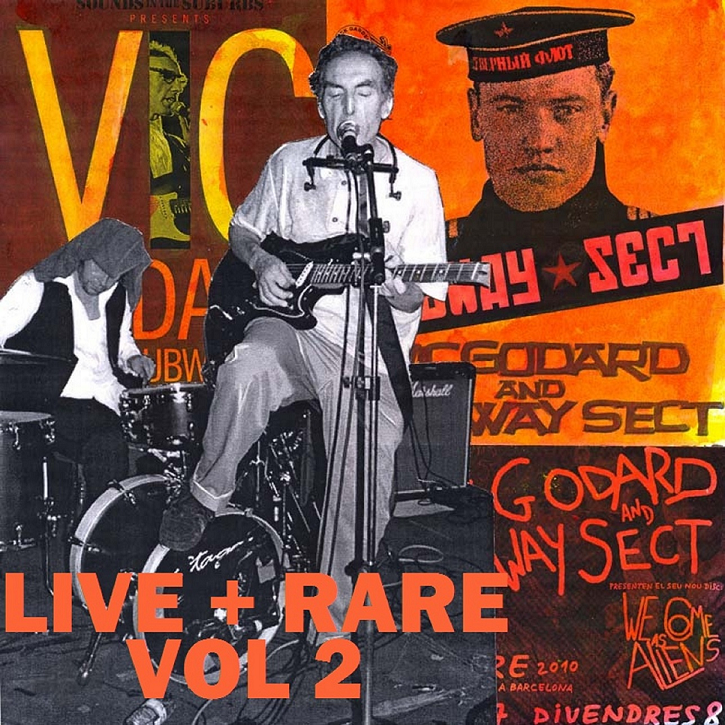 2011/12/13 – Meeting in person, Live & Rares & ‘Early Punk and Hybrid Print’
Leka had already sent Vic his 2006 exhibition catalogue and Vic instantly became a fan of his work. In 2011 it led to Vic cheekily asking Leka if he would consider doing the cover artwork for the first (and second in 2012 with photograph by Nigel Bailey) gnu inc limited edition Live & Rare CDs, Vic wanted the covers to reflect the spirit/zeitgeist of the releases and Leka agreed!
Vic and Leka met in person on 10th October 2011, Vic and Subway Sect were playing one night at Rhiz in Vienna and Leka made the trip from Belgrade to see them and he and Vic immediately hit it off, a meeting of minds. While Leka was doing the montages for the L&R covers he was already busy working on a collage series of Subway Sect ‘Nobody's Scared’ which Leka included  “as the main inspiration for my doctorate in art research ‘Early Punk and Hybrid Print.’" This was exhibited in ULUS gallery in 2012 and some of the works were also exhibited in Trois-Rivieres, Quebec, Canada in "Presse Papier" gallery in 2013.
http://www.ulus.rs/srpski
Article by Kate Grandjouan PHD - https://balkanartsandbeyond.wordpress.com/2014/04/18/punk-and-hybrid-print-aleksandar-mladenovic-leka/

In Leka’s words “I wanted to make another, new series of artworks inspired by Vic’s songs and the starting point for VICLEKA was the idea of the "suite" of prints, something like Hogarth's or Hockney's, English artists that I like very much and who  are into printmaking which is my main artist's discipline. Finally it spans 12 songs from Vic’s career to date and, in retrospect, many are songs from We Come As Aliens. It is a joint project and exhibition like a dialogue of poet/singer/songwriter and visual artist. I like the way the handwritten lyrics go with matching prints. Looking back it has been a beautiful and inspirational long term project.”

In Vic’s words “ I was delighted and honoured when Leka asked me to work with him on VICLEKA and I have enjoyed every moment of the process, including rediscovering my old diaries of songs. Looking forward to going to Belgrade in July to see the finished boxes ‘in the flesh’ at the exhibition and looking forward to catching up with Leka.”


Vic Godard 'Live & Rare Vol 3 - Vicleka' is a collection of live and rare versions of the twelve songs featured in the Vicleka exhibition and is released on Gnu Inc to celebrate the opening with cover art – A.M. Leka


All songs written by Vic Godard except: