Make your voice heard in the growing clamour for justice.
In all seriousness, I lost faith in what passed for Labour leadership and policies years ago, 2003 was the year the last nail was hammered in to the coffin of Labour integrity as far as I was concerned and along with many others felt disillusioned and fell into a state of apathy, seeing little difference between the devil and the deep blue sea. THEN Mr Corbyn stepped forward and is showing us that there really is another way to do things, it's achievable and lots of us are being shaken out our inertia and realising, that for once we actually can make change happen. It is such such a rare event that it has prompted me to take a leap of belief and register as a Labour supporter in order to personally add my voice to the 'CLAMOUR FOR CORBYN'.
http://www.jeremyforlabour.com/

PS  I would just like to make it absolutely clear to any Labour conspiracy numbnuts theorists that I  am NOT part of any Tory conspiracy to bring down the Labour Party or revolutionary Marxist conspiracy to overthrow democracy.


Perhaps it's the two full moons effect but I'm now feeling decidedly skittish. The result? This eclectic smörgåsbord of summer frippery, dive in and share the vibe.

Had a Wissie day out in Winchester 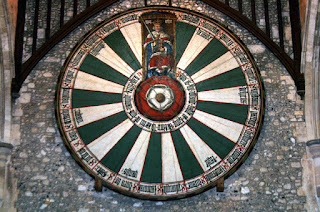 For what is really a quite small market town in Hampshire Winchester is positively crammed  with things to do and see and if anyone is planning a visit anywhere near this very pretty part of the UK then I can highly recommend it as a destination ( or if you're in London or planning a visit to London, this is an easily doable day out, accessible by car and there is parking, however not that much, or by train (I travelled by train*). Lots of medieval architecture, a mill, still working, Medieval Jewish Trail, Winchester Cathedral, Keats Trail, Jane Austen Trail, Tudor Trail, Cricket Trail, and Viaduct Way.

And a lot of museums including Westgate Museum, The Great Hall, which contains King Arthur's Round Table and lots of many and various military museums including the Gurkha Museum. A variety of places to eat to suit most, we ate at The Wykeham Arms, very nice indeed. We shared two Mezze boards between three - houmous, marinated peppers, salads, lightly dusted and fried courgette pieces, plenty of home made bread and a fragrant glass of Sauvignon Blanc. Highly, highly recommend.
http://www.visitwinchester.co.uk/search-things-to-do//categories/history-heritage?page=1
http://www.wykehamarmswinchester.co.uk/ 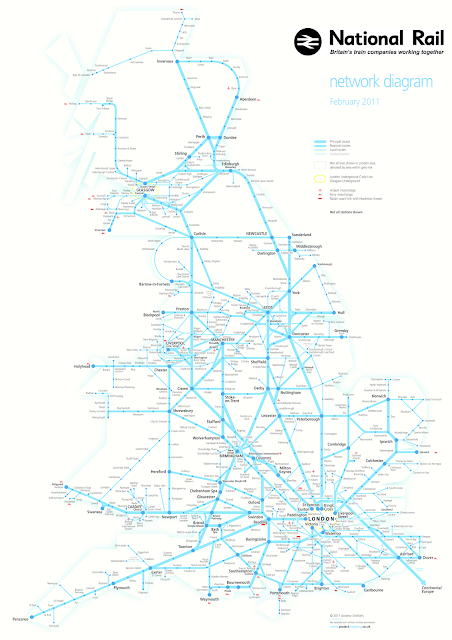 * I'm a big fan of our extensive railway network and those that keep it going and so would like to say that my train journey to Winchester went smoothly, it didn't, however the fault was mostly Network Rail's. I set off with plenty of time to spare to catch the 11.12am from Clapham Junction, day return ticket bought (not via London, which means Waterloo), first leg (one stop) went without incident, the next to Clapham Juction should have been a doddle, first train to arrive, which I got, only stopped at Putney then Clapham Junction however, and this is the bit  I have to say mea culpa for, it was still quite early, only had a couple of coffees and I wasn't paying attention. I snapped to as I became aware that we were pulling out of Clapham Junction. No worries, I thought, plenty of time still, I'll just get off at the next stop, Vauxhall, and get a train back, which  is when it started to go a bit haywire. By the time I reached Vauxhall (2 mins) there'd been a points failure somewhere and all trains going back were delayed by at least 20 minutes or cancelled! The only option was to go onwards to Waterloo, big up to SW Trains, they accepted  my ticket without quibble because of the delays, so no excess fare to pay. With all hope of catching my Clapham connection to Winchester gone, I resigned myself to being late. On arrival at Waterloo had a stroke of luck, the next Winchester train was departing in 5 minutes from the next platform. Safely ensconced in a packed carriage, it being both the Weymouth and Exeter trains until the first stop, Basingstoke, where the Exeter bound would be leaving us. Had to laugh (to myself) when we unexpectedly pulled in to Clapham Junction.........at 11.12am!!!  May have been a circuitous, Heath Robinson journey but arrived in Winchester only 10 minutes late.
http://www.southwesttrains.co.uk/ 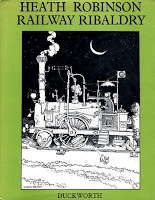 William Heath Robinson (1872-1944) is best known for his humourous drawings and cartoons of ludicrously complicated contraptions,  constructed to achieve simple tasks, that are neither practical or effective. http://heathrobinson.org/robinson/index.htm

You can get your hands on a copy of Railway Ribaldry from Abe Books.
http://www.abebooks.co.uk/book-search/title/railway-ribaldry/author/heath-robinson/sortby/3/

Gigs Update: Delighted to announce another couple of dates added to the growing list of Subway Sect Autumn/Winter gigs, Eastbourne Christmas Special and Trash'd Hastings with TV Smith and so pleased that Grant McPhee's acclaimed Sound of Young Scotland film Big Gold Dream will be screened at the gig with Grant coming for the Q&A, more info to follow. Not long to go until Fibber Magees Dublin, Vic's first gig in Ireland, taken him a while! They are all 'Specials' with fantastic line ups including The Dubtones, The Gakk, Audible Joes, Everett True, Lost Dawn, POST, The Sexual Objects, POST, El Cid, The Floormen, Rongo Rongo, Brasshaus, Pellethead,The Wolfhounds....... 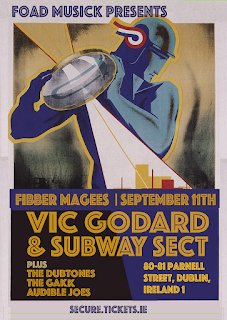 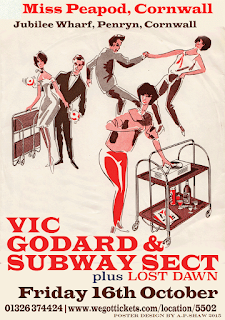 Another first, Vic's never played in Cornwall before so looking forward to the trip West in October.

Full info will be added here as available:
http://www.vicgodard.co.uk/vic_godard_live.html
and here: https://www.facebook.com/vic.godard.3/events


Something For Your Lugholes

Chill out and zone in on nine minutes  of psychedelic 'Summertime' -


While Tom Ravenscroft stood in for Marc Riley he played Vic and the Sect's '20 Flight Rock', recorded at their last Marc Riley session December 2014.
http://www.bbc.co.uk/programmes/b063jk7m

Just because I like it, Georgie Fame'Sitting In The Park'
If like Vic you prefer the original by Billy Stewart - https://www.youtube.com/watch?v=a3O1RT392fY


Heavenly release the wonderful Jock Scot's My Personal Culloden. About time too! 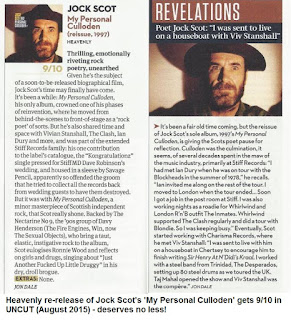 'Won't Turn Back'  duet with Vic and Edwyn - superb and seamless mix courtesy of Murray Ramone.

Keep your eyes and ears open for The Rehearsal, already played a few gigs.
https://www.facebook.com/events/1623008151262080/
https://www.youtube.com/watch?v=WRQANpVyMes


How about The Cathode Ray's Jeremy Thoms' "Top Ten Post Punk 45s" for Louder Than War? A very fine selection in deed including The Monochrome Set, Orange Juice, The Associates, Siouxsie and the Banshees, Vic...... and 'Bubbling Under' - Josef K, the Fire Engines, the Scars..... there are a couple of choices that are not my cup of demitasse so not listing any more! http://louderthanwar.com/top-ten-uk-post-punk-45s-chosen-cathode-rays-jeremy-thoms/ 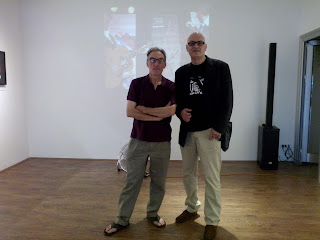 Vic got a wonderful welcome in Belgrade and had a very enjoyable and very busy time on his visit to Serbia for the opening of 'Vicleka, at Ozone Belgrade, seeing Leka again, meeting Aleksandra and making lots of other new friends. Vic's hoping to return next year with the group to do a gig.


Photograph's left and below by Aleksandra.

Gnu's compiled two blog pages about Vic and Leka's history and their collaborations, culminating in the Vicleka Exhibition at OZONE Belgrade in July and includes photographs, interviews, articles, translations(!) and a couple to add, videos and more. As an introduction before you dive in to the pages the video below is 'VicLeka The Movie', soundtrack 'Empty Shell', originally released on What's The Matter Boy and now re-released on Live & Rare Vol 3. 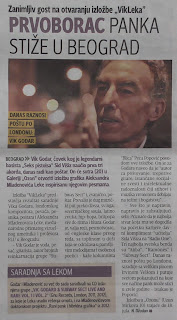 Some very beautiful photographs of 'Vicleka' by the painter and photographer Milan Kralj on his website 'Gallery Shots' or The Unofficial Chronicle of the Gallery Scene in Belgrade. http://gallery-shots.blogspot.co.uk/2015/08/vic-godard-aleksandar-mladenovic-leka.html


The video you can just about see playing in the background in the photo on the left is Vic singing with the Sexual Objects, you can just make out Douglas MacIntyre on the left and filmed either by Tracey Holloway or Lee McFadden however I couldn't tell you what song they're doing or which gig it's from, although you can see if you can find it in Lee and Tracey's Vic/SOBS playlist!

And talking of Lee and Tracey, this is for them- 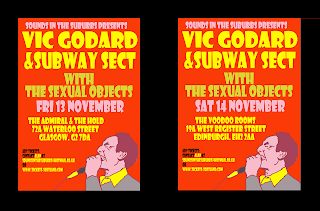 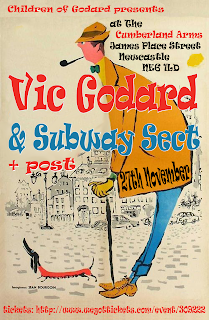 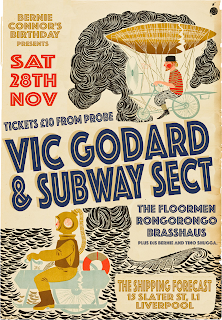 And Children of Godard Time in Newcastle and Bernie Connors Birthday in Liverpool.


All poster designs by The Talented Mr A. P. Shaw. 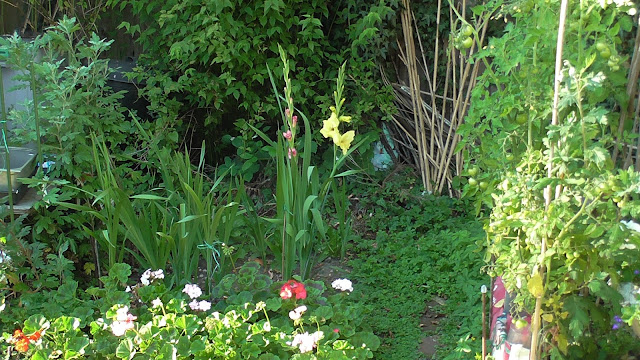 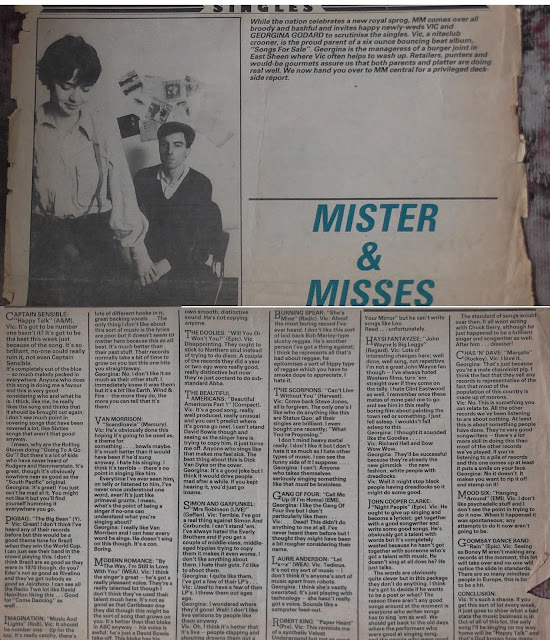 I think this is one of the very few that isn't totally panned by either Vic or the gnu or both! 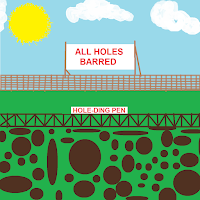 *Until very recently I didn't know that 'no holds barred' was a wrestling term, in fact I always thought it was no 'holes' barred, never actually thought about where it came from or under what circumstances holes might be barred!
http://www.phrases.org.uk/meanings/no-holds-barred.html


Haven't resorted to hocus pocus in a while so to brush up I'm going to try and 'cast the rune', in a manner of speaking, over the internet ether. This ear worm the size of a conger eel being the rune, embedded in the brain for over a week now, not that I don't love it, however it's time to move on. Apologies in advance if you're not a Todd Rundgren fan.  (I have the feeling it's also sticking because I'm green with envy, I want that part of Daryl Hall's house.) Play as loud as you can.

Ref: Casting The Runes by Montague Rhodes James, like all Mr James' ghost stories it's very scary, this is the original trailer for a BBC adaptation 1968: https://www.youtube.com/watch?v=7v2OpMxYklQ&index=11&list=PL921B6FB7809DF860
You'll find all his stories here:
http://www.thin-ghost.org/items/browse?collection=2&sort_field=Dublin%20Core,Date&sortorder=desc
and this is a reading of the whole of Casting The Runes