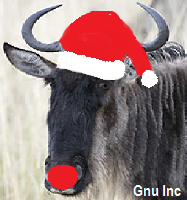 Blimey, time is flying and lots to report - Vic and the gnu were out and about throughout November, Hamburg with Subway Sect, Glasgow and Edinburgh with The Sexual Objects, Newcastle with Subway Sect and everyone involved is busy getting 30 Odd Years ready for release, it's sounding great. Usually at this time of year, anticipating the joys of the festive season, I turn in to a bit of a  Grinch but there hasn't been time. SAD has usually dampened my customary joie de vivre by December but perhaps because we actually had a decent quota of sunshine and warmth in 2013 there is no sign of it yet. (Still time!). Preparations well under way now for the Sect's last two gigs of 2013 - the two Christmas Specials the 6 piece Sect with the wonderful, inimitable Asbo Derek.  First up on 13th December- everyone always looks forward to visits to the seaside to play for Spinning Chilli Presents at The Green Door Store Brighton, always a lark and for the special we've got a raffle, crackers, mince pies, gnu's sweet treat mementos and lots of merch.......

Below is a video of Asbo Derek performing probably my favourite song of theirs - succinctly getting to the nub of the matter using five words with wit, humour and a good tune is a rare art form. (If you know who the subject of the song is, try singing it to yourself and keeping a straight face) It was filmed the last night Vic and Subway Sect enjoyed a night of musical magic and mayhem at the seaside for Spinning Chilli in April this year.
https://www.facebook.com/asbo.derek.9?fref=ts
I know this is a bit late but a few tickets are left for 13th December as I write:
http://www.wegottickets.com/event/234123  https://www.facebook.com/spinningchilli?fref=ts
https://www.facebook.com/events/543458325689892/?ref_dashboard_filter=upcoming
Then on Saturday 14th December it's the Second Christmas Special for another old regular favourite -  Symptomatic Presents at The Water Rats London. Not only is Asbo Derek on board for another night of festive fun but hailing from Pompeii The Shak & Speares  and The Widows. Raffle, Sweet Treats, lots of merch and more. First prize similar to above but gnu is still tweaking the details. Even fewer tickets available as I write - http://www.wegottickets.com/event/232006  https://www.facebook.com/shakandspeares http://www.symptomaticpresents.com/
A taster of The Shak & Speares - Tangoosh from their debut album Gangster.

Huge thanks to Markus and Marijana for their hospitality, almost unbelievably hassle free trip and loved Hamburg and it's people. Never had such an easy journey anywhere - parked opposite terminal at Heathrow and can't praise Lufthansa enough, they were AMAZINGLY efficient, very helpful staff, we left exactly on time and arrived early in Hamburg, the same on the return. In fact we were so early on the way back that the pilot gave us a scenic tour  circling and wing tipping to give everyone a good view, first port then starboard. (AND it was cheaper than the budget airlines!) http://www.lufthansa.com/uk/en/Homepage

We stayed 5 minutes walk from Astra Stube at the Nordic Domicil, although very low on tripadvisor ratings we all thought it was great. Slightly shabby but clean, comfy, and helpful staff, definitely stay there again.http://www.nordic-hotels.com/en/hotels/hamburg-nordic-hotel-domicl/
(One word of caution re: taxis, if you order a taxi for six to the airport through the hotel make sure the company they are using has them and make it clear that you don't want to pay for two taxis... otherwise you will end up paying for two) Lots of new friends, including DJ Martin Soulstew, spinning great soul tunes on both nights and met up again with a few who came from Blighty, Andrew Wilson who we met in Preston with his brother Rog and best friend Dave. Andrew's short film about Preston's iconic Bus garage (now saved from demolition) is available to watch on youtube:  http://www.youtube.com/watch?v=UPVSV02Pz7c
This is an interview Vic recorded for Martin's radio show before going out to Hamburg - https://soundcloud.com/martin_at_soulstew/soulstew-asutralian-r-b-and  Below is the Gnu's slightly surreal 'Snapshot Of Hamburg' Video-

Below is Stop That Girl, Holiday Hymn and Won't Turn Back. Vic and the Sect played blinders and everyone is looking forward to going back soon, especially now that Astra Stube has been granted a 2 year stay of execution - the local authorities are hoping to develop the area, read gentrify, and Astra Stube was due to close this year - sacrilege!http://www.astra-stube.de/

All in all a very enjoyable trip with only one Blott on the Landscape ( digressing - I like Tom Sharpe's books http://www.randomhouse.co.uk/editions/blott-on-the-landscape/9780099435471 ), the Sect were infected by a touch of the liggers, flashbacks to Le Grand Mal but hopefully nipped in the bud.

Before they were off again Vic and G paid a visit to the theatre (the gnu doesn't want you to get the wrong idea if you've read any previous blogs in 2013 and imagine that theatre and cinema  outings are de rigueur as part of the Godard social whirl, one could say more or less unknown in 30 Odd Years, it just so happens that there have been THREE this year - positively freakish) to see 'Jeeves and Wooster in Perfect Nonsense'. Vic is a big J&W fan and particularly likes the ITV series http://www.pgwodehousebooks.com/fry-laurie.htm G liked the series but not so keen on the books, so surprising that G enjoyed it immensely and had several spontaneous laugh out loud moments (fairly rare occasions) whereas Vic's appreciation was muted, his favourite bit being after the play when the three cast members danced a couple of seconds of the Charleston (Strictly fan). Not a straightforward J&W story, the premise was J&W actually doing the play themselves. Stephen Mangan plays Wooster to a T and Matthew Macfadyen and Mark Hadfield valiantly played everyone else. Mr Macfadyen is a revelation as Jeeves and several other parts, including Madeline Bassett, in one scene playing both her and Jeeves at the same time, brilliant comedic skill and  timing. Highly Recommended.http://www.jeevesandwoosterplay.com/

On the left Vic & The Sexual Objects 'Stayin' Outta Touch' at the  CCA Glasgow 23/11/2013
Next up live wise was the trip to Scotland for Sounds in the Suburbs Presents Vic Godard and The Sexual Objects 'What's The Matter Boy' weekend at The Voodoo Rooms Edinburgh and CCA Glasgow. Always look forward to Caledonian forays and this one didn't disappoint, despite poor Ian Holford being sick as a dog and having to do FOUR sets in two days - nothing less than heroic.
Vic and the gnu stayed at the Holiday Inn Express again in Edinburgh, the same room even, same enjoyable stay (see prev blog). In Glasgow they rang the changes and stayed at Menzies, a little more expensive than Jury's Inn or Alexander Thompson, but very comfy, clean, quiet (surprisingly, see photo above), fresh milk offered!!, 24 hour room service and smoking rooms. (Have to say Holiday Inn work harder at dealing with the stale tobacco smell). Recommend and will stay again - http://www.menzieshotels.co.uk/hotels/scotland/glasgow/
The SOBS are always a joy to watch and their fab new single Feels With Me is also one of my favourite live numbers -http://www.youtube.comwatch?v=CQmdRaLPUmk
https://itunes.apple.com/gb/album/feels-with-me-single/id730923615

I didn't keep any videos from The Voodoo Rooms, thought I'd do lots on the Saturday at the CCA but that didn't work out either but I did film Stayin' Outta View, Felicity with James Kirk and Andy Alston on accordion coming aboard (below). Also got two corkers at the CCA sound check, I'm Set Free and She's My Best Friend, below, which didn't make it in to the set.

No sooner home than gearing up for the last foray north of 2013 to play for Michael Clunkie again at The Star and Shadow Newcastle with Opium Kitchen and another of my favs Pellethead. I love visits to the North East, always a great crowd and atmosphere and very friendly. Vic's performance was spell bindingly full on. http://www.starandshadow.org.uk/
The only good video I got is Music Of A Werewolf.
Lee and Tracey have many more including Pellethead and Opium Kitchen, to name but a couple. https://www.youtube.com/user/leefact25/videos
We all (no overnight interloper on this Sect stay, phew) stayed round the corner from the Star and Shadow at Premier Inn Millenium Bridge (quite a long walk from the station and not quite as straight a route as it looks on a map!). Although it's on a busy road it is set back and surprisingly quiet as I chose a room at the front with river views. Very accommodating and friendly staff, large room with seating area, clean, very comfortable, good breakfast choice and dinner OK. (I am VERY picky and have never been a breakfast person). A bit of a bargain I'd say and certainly recommend.
http://www.premierinn.com/en/hotel/NEWMTI/newcastle-city-centre-millennium-bridge
30 ODD YEARS UPDATE - All been a bit frantic but nearly there. Fingers crossed masters and art work to manufacturers next week. It is sounding AMAZING thanks to Mike Coe Music Maestro Mastering. Watch out for a January 2014 release date and a party, Wahay. Download of 30 OY will come with the CDs. Time to sneak a peek at the front cover, photograph by Andréa Cerqueira and art work by the multi-talented Andrew Shaw. The rest of the art work
looks brill as well. 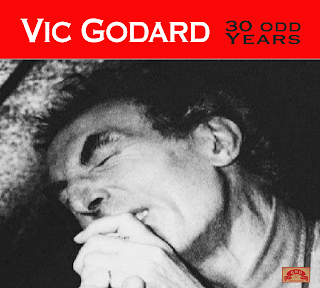 A Helter Skelter of a musical ride with Vic from 1978 to 2013 demonstrating an extraordinary range of musical genres and styles and what a truly skilled, inspiring songwriter Vic is while  always staying true to the 'punk' spirit that emerged in 1976. Look out for the accompanying web page which will have info like this and more at: www.vicgodard.co.uk 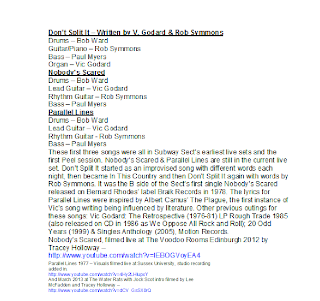 Other News - Gigs on the horizon in 2014:
March 29th The Cross Birmingham with The June Brides
April 19th The Thunderbolt Bristol with The Blue Orchids http://www.bristolticketshop.co.uk/eventdetails.aspx?e=4668
May 3rd Riggers Stoke
May 4th The Leek Arts Festival http://leekartsfestival.co.uk/
August Rebellion Blackpool
and many more to be announced. Lots of other info,links and more at: www.vicgodard.co.uk
STOP PRESS Last minute additional treat - Vic sang Blackpool with The Bitter Springs last night at their gig in Brentford to wish Phil and Helen Martin a fond farewell as they relocate North East. Filmed by Lee McFadden .https://www.facebook.com/TheBitterSprings?fref=ts