This last offering of 2014 is a personal, lighthearted and eclectic (random) review of the last year, events, gigs, recommendations, comment, videos, photographs, etc. I've posted several pictures throughout of some of the places we've visited in 2014 (for fun only, can you get them all? A couple are fairly obvious!).


Last December I was fretting about the release of 30 Odd Years, so much time, talent, effort and good will had been invested into it and in every sense it has been gnu inc's biggest project to date. My fears were swiftly allayed after the release in  February, 30 OYs has had an overwhelmingly warm and positive reception, exceeding expectation to the point of being down to our last few copies within days of the rerun's arrival on 11th December! Particular thanks for this in no particular order go justifiably to Andrew P. Shaw, Mike Coe, Marc Riley, Tracey Holloway, Lee McFadden, Kevin Pearce, Philip King, Michael White, all the reviewers, of course Vic, the Sects, SOBS, Mates Mates, all the other contributors and most of all to everyone who has bought it. ( I am personally quite gnutastically proud of this release.)
http://www.vicgodard.co.uk/30_odd_reviews.html 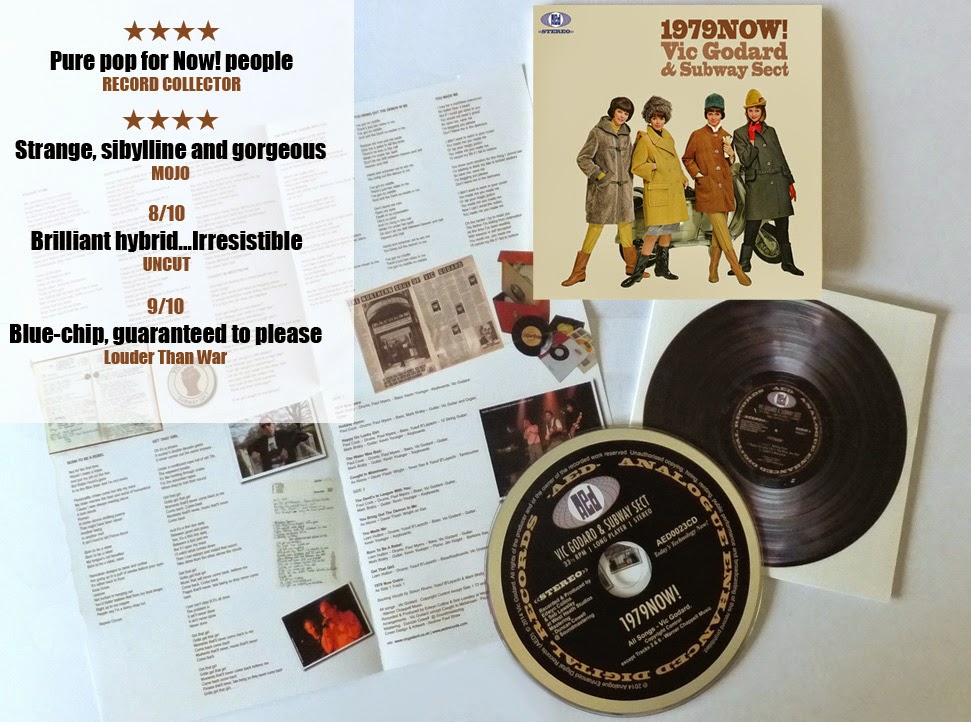 Been blown away by the response to 1979 NOW! LP and CD, released on Aed Records on 6th October, the LP version sold out at the beginning of November!  So,
BIG FAT THANK YOU! for the lurv. 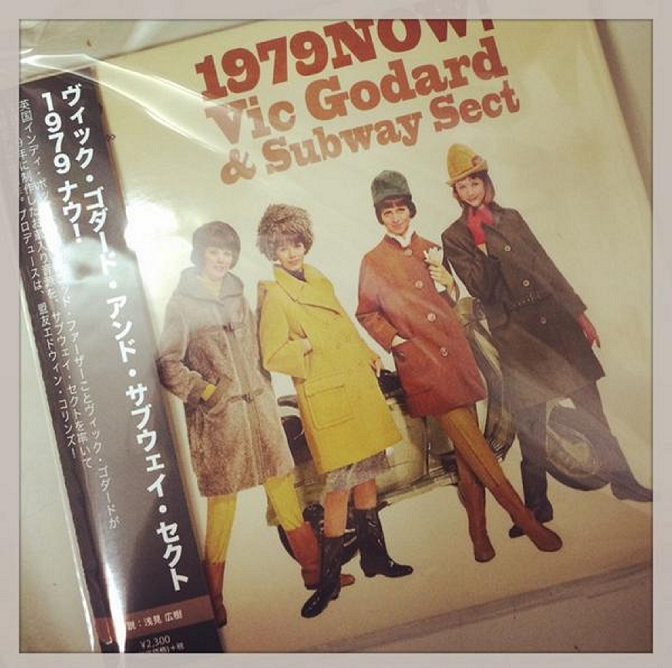 New supplies of the LP are expected in January 2015 and will be available on the main website this time. The CD is still fairly widely available I believe and you can get it from both Aed and us. http://www.aedrecords.com/collections/cds
http://www.vicgodard.co.uk/vic_godard_buy.html
You can have a listen here: https://play.spotify.com/album/6R1jqFT9CPqMHHeN6TmLFJ?play=true&utm_source=open.spotify.com&utm_medium=open

An exuberant Holiday Hymn at the Voodoo Rooms 15/11/2014 filmed by Lee McFadden. 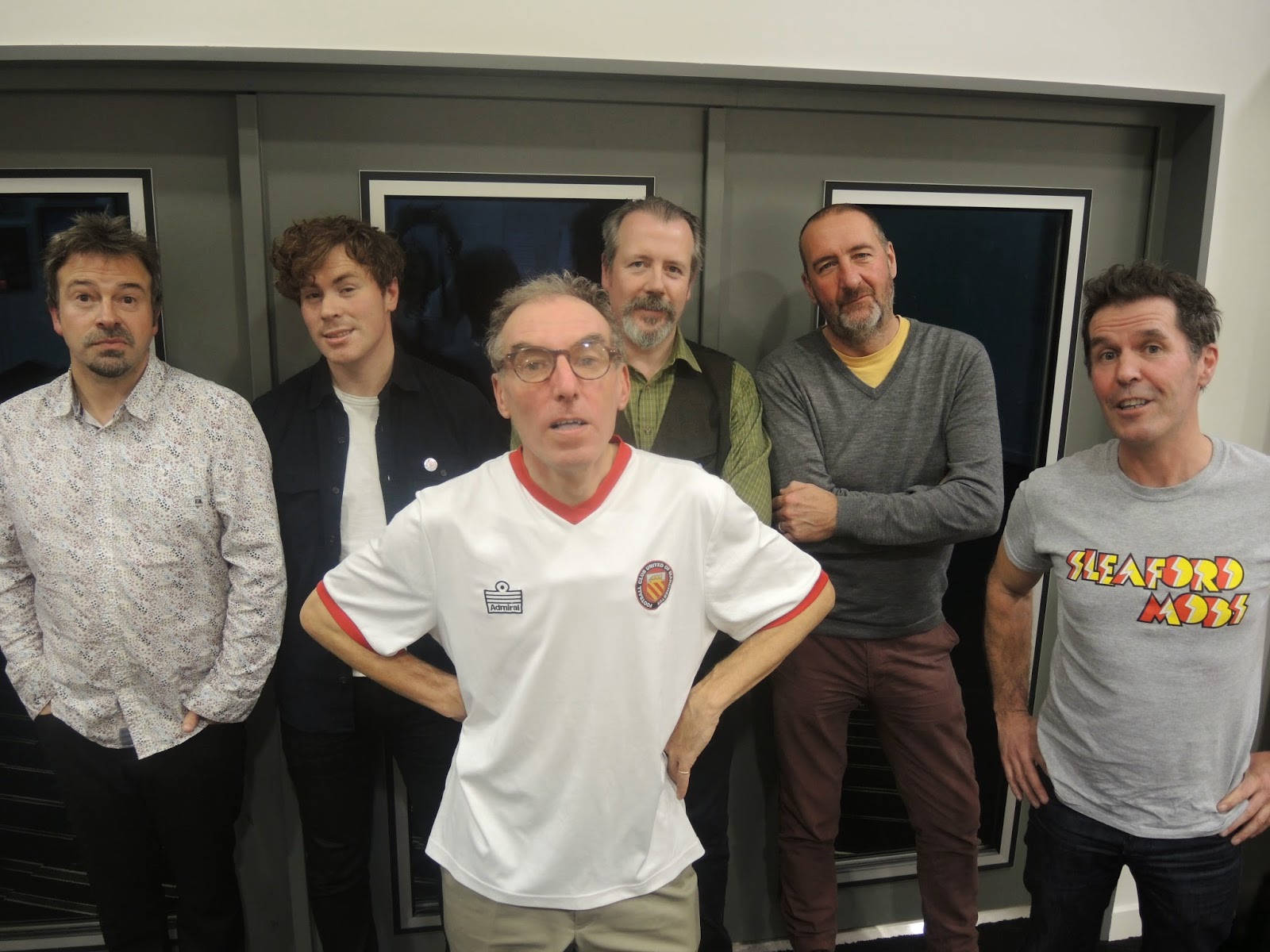 Probably one of Vic and Sect's best Marc Riley sessions.
Dead Dreamy, Common Thief, Get That Girl and Better Not Turn On. Available for 11 more days from 30/12/2014
http://www.bbc.co.uk/programmes/b04tr6f8
All in all Mr Riley's been a bit of a star, playing lots of 1979 Now! amongst other Vic songs.


We stayed at the Premier Inn Manchester Salford Quays on Thursday 11th December and it was as consistent as the others, helpful staff, comfy beds, clean, decent cooked breakfast, car park and we had a very quiet room overlooking the canal. It was also incredibly cheap for 3 rooms and breakfast, although I did book a long way in advance.
http://www.premierinn.com/en/search!execute.action
When I  went back to book for the Friday after the Dulcimer gig was confirmed it was sold out as were nearly all in the vicinity except the v, v expensive. Was this because Man U were playing on the Sunday or maybe it happens every weekend. I had to look further afield and settled on nearest to Chorlton that suited, going south, which was the Britannia Didsbury. It was a considerable improvement on the Wigan Britannia, quiet room, good breakfast and ginormous car park which is used for 'park and fly'. They also do smoking rooms, it was a relief not to have to brave the big outdoors to have a fag because it was a tad on the nippy side. http://www.britanniahotels.com/hotels/manchester-country-house/

It's an oddly unsettling feeling when a gig is sold out, you're usually feverishly promoting in the lead up so along with the warm glow, came a vaguely unnerving feeling that there was something I was meant to be doing. But there wasn't!
Most enjoyable night, great atmosphere at the Dulcimer, lots of lovely people including Mr & Mrs Shaw, 'Jane & Deirdre' and Steve 'not at all' Shy, storming set from Blue Orchids and keep an eye and ear out for Josh Dutton, Jack Dutton and Joe Kutryk, very impressive debut. Photographs courtesy of 'Jane Barnes'.
https://www.facebook.com/pages/Blue-Orchids/421040661291884?fref=ts
https://www.facebook.com/Josh.Dutton.Bass.96?fref=ts 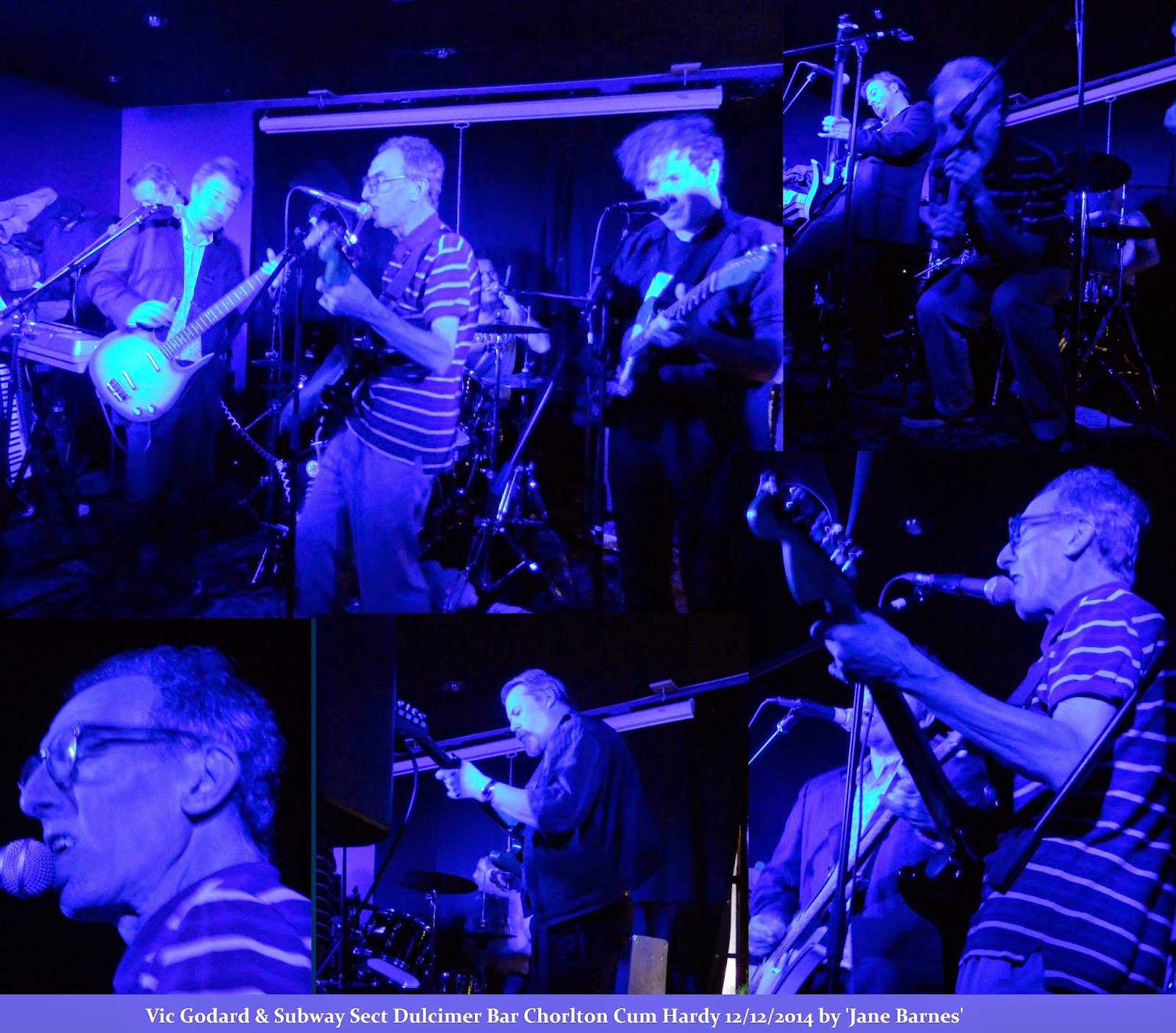 Inadvertently recorded the whole of Vic's set, forgot I'd turned camera on and left it on a radiator! Unfortunately it was right at the back and so no picture and a lot of crowd noise, quite a bit of me! Anyway this is Stool Pigeon, probably the clearest.

Best Short Film - 16 Again, a very entertaining series of short films brought to you by World of Hoopla.

Best Gig - The Seventh Wave at The Loft Birmingham. The new 5 piece line up really got in to their stride and played the first of many blinders. Storming Stool Pigeon courtesy of Colin Walker - 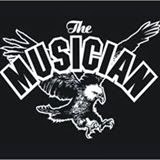 Best 'New' Venue - by new I mean new for us and the award goes to.........
Ian Magic Teapot & The Musician Clyde Street Leicester LE1 2DE We got a very warm welcome, a lovely group of people run this venue, a lovely and appreciative crowd of people came out on a week night, great sound and Kevin Hewick and The Brassick Bears topped things off. Looking forward to a return visit.  http://www.themusicianpub.co.uk/index.html 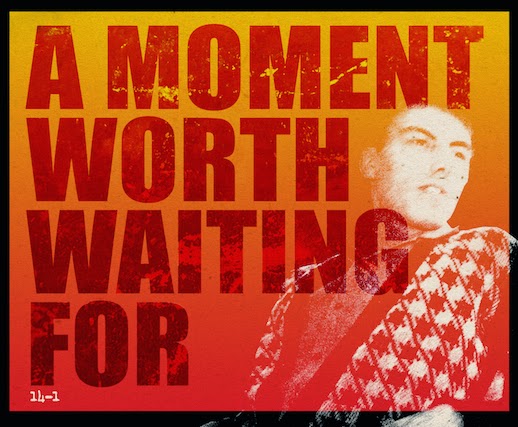 Definitely a book worth waiting for "  "A Moment Worth Waiting For’ by Kevin Pearce is much more than a moment, it is an entertaining musical journey with a cornucopia of information, in fact totally in awe of Kevin’s research for this book, you may wonder where he is taking you next but be assured he’s always there to guide you." - Vic Godard
http://www.caughtbytheriver.net/2014/07/a-moment-worth-waiting-for-kevin-pearce/
PS Quite a few Vic mentions!
Photographic

John Bolloten's evocative photographs of everyday life on the streets of Bradford. AND if you're one of John's FB friends or followers,for 2 days only (up until midnight on 31st December 2104), you can get Bradford Street at a reduced price of £5 a copy plus postage. Once gone they're gone so get yours while you can.https://www.facebook.com/john.bolloten?fref=ts
Some more info: http://onegiantarm.com/post/104414054542/oga-are-now-proud-to-introduce-a-photographer

Best Cultural Experience - No contest - Charles Aznavour 1st June 2014 Royal Albert Hall. The  most affecting live performance I have ever been to and I wasn't a fan before I went. (See June blog for link so you too can hear what I mean!) 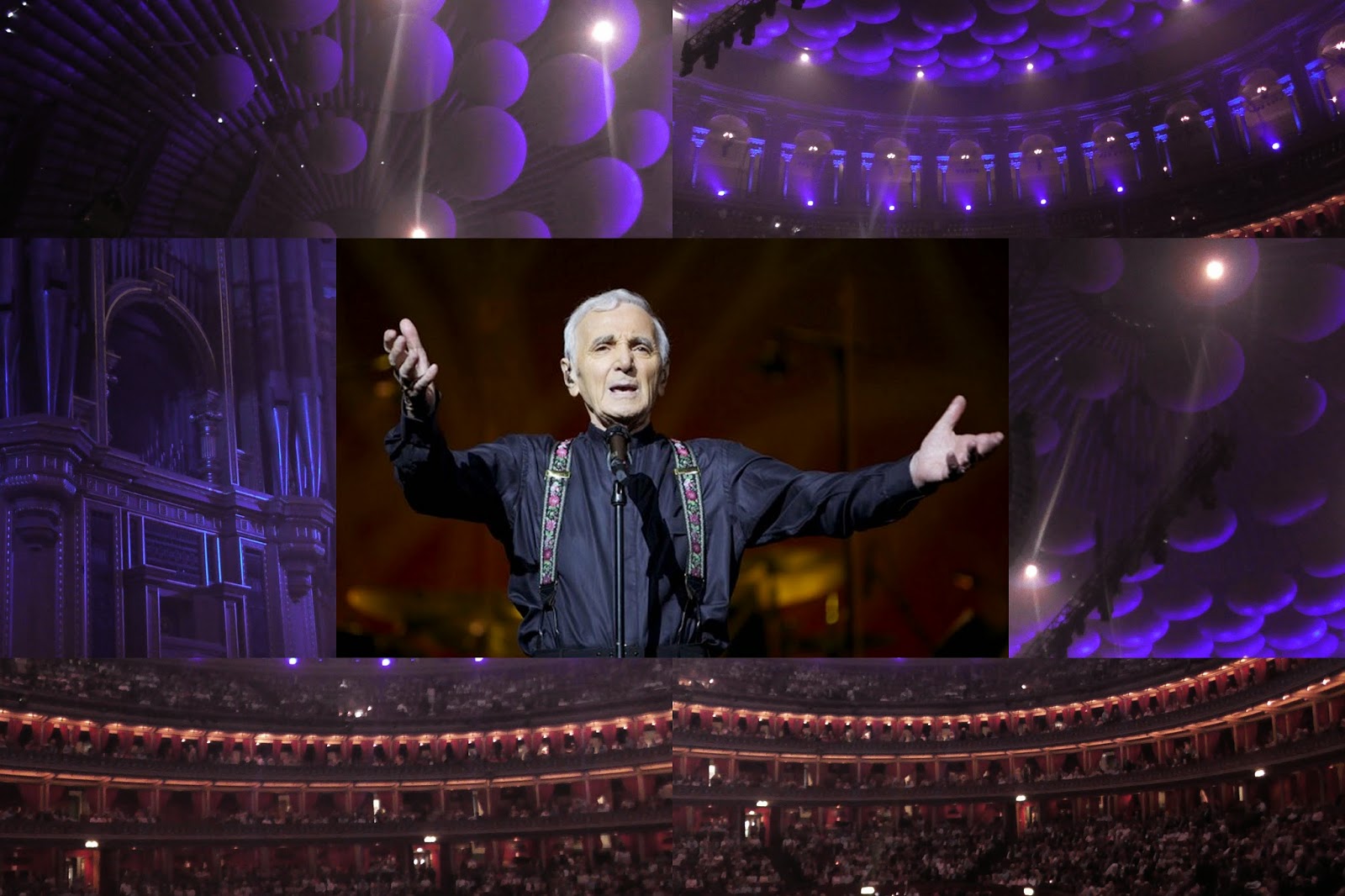 2015
8th January - The Sexual Objects are doing a Marc Riley session. Don't miss it!
http://www.bbc.co.uk/programmes/b04wxk3r Ron Asheton by the Sexual Objects, on their new 10" Cream Split Up! Video by Douglas Hart.

Saturday 10th January - the 4 piece Subway Sect make their debut. Following Yusuf's move to Hamburg in January Vic is taking up the guitar duties again and the Sect are returning to Resonance 104.4FM to do another session on Dexter Bentley's Hello Goodbye Show.
http://resonancefm.com/listen
https://www.facebook.com/ThedeXterBentleyHelloGoodByeShow?ref=ts&fref=ts 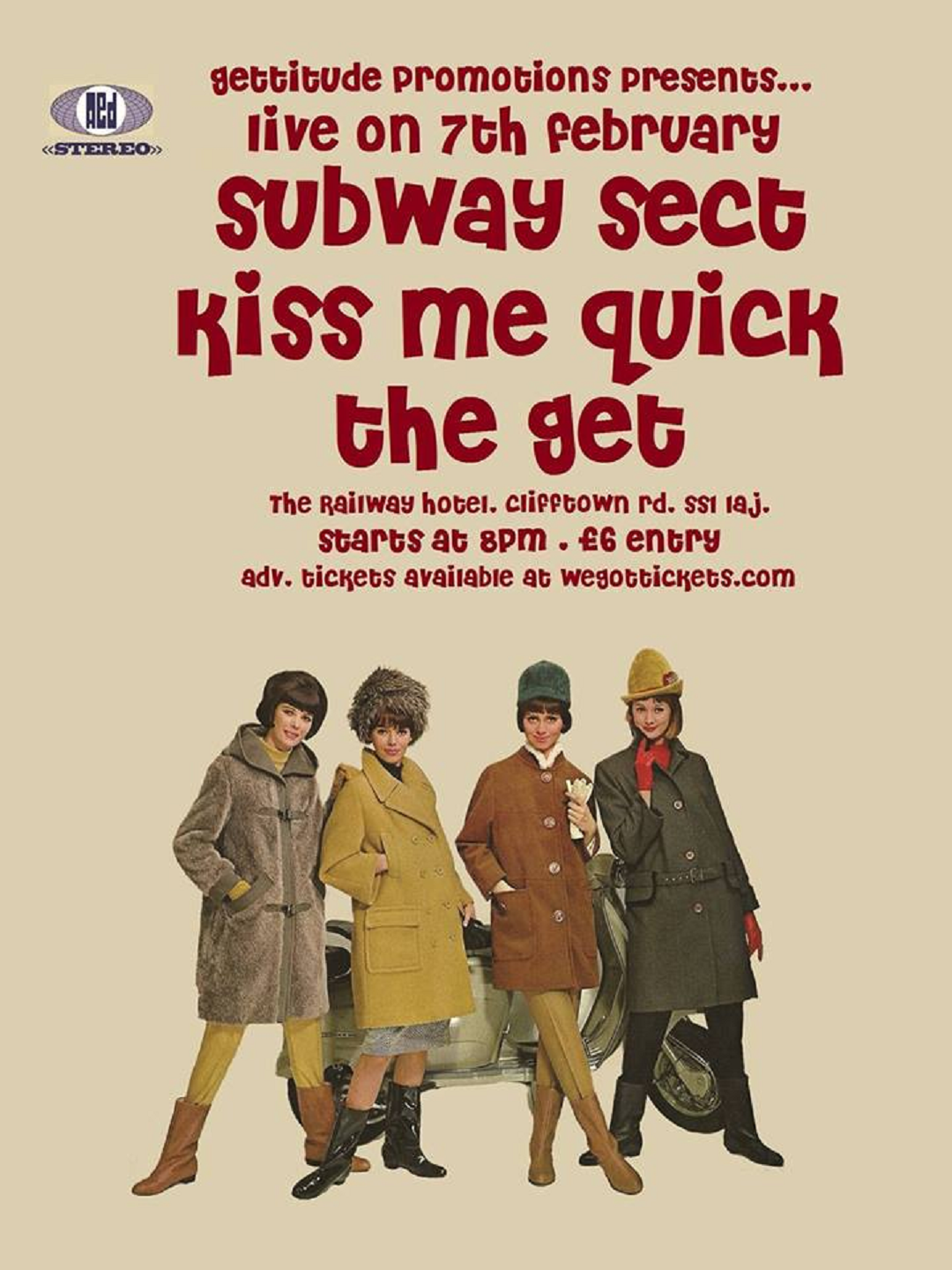 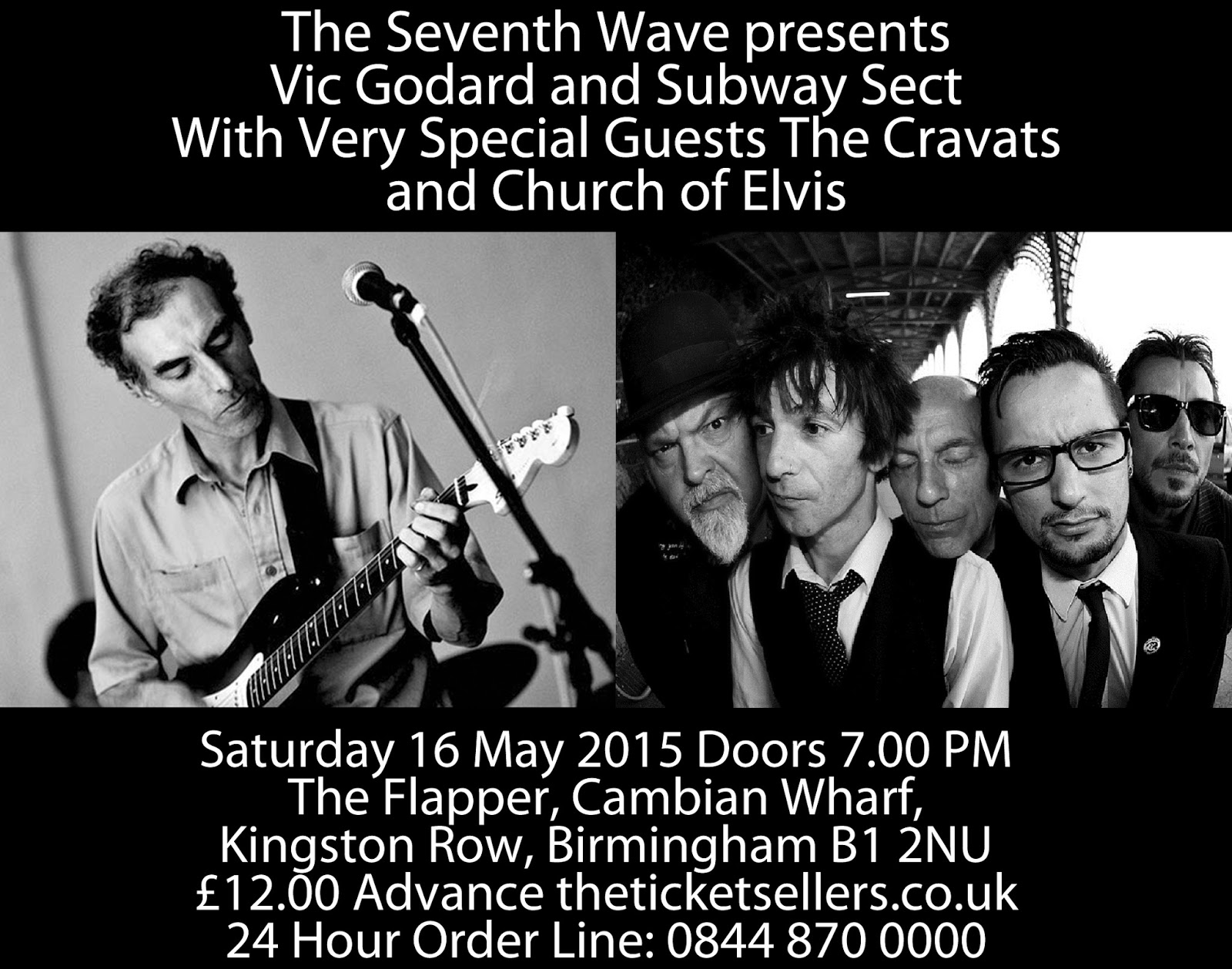 Saturday 16th May -The Seventh Wave Presents
Vic Godard & Subway Sect, The Cravats & Church Of Elvis
The Flapper Kingston Row, Cambrian Wharf, B1 2NU
Delighted to be going back to Brum and another stellar line up! A bit of a revelation to me how much I warm to Birmingham, in fact the first Chris Wave gig in March 2014 is quite possibly my all round favourite gig of the year, mind you the second one at the Flapper in October was pretty good too and cemented my new found affection for this bustling, lively city.
www.thecravats.com
https://www.facebook.com/pages/Church-of-Elvis/862416340457837?sk=info&tab=page_info
https://www.facebook.com/events/718108791615440/
http://www.theticketsellers.co.uk/tickets/vic-godard-and-subway-sect-the-cravats-church-of-elvis/10033647

Following this years success the multi-genre Trash’d Festival returns in 2015 and Vic's been invited back, rumour has it a double header with Mr Tim Smith. We had a very enjoyable, laid back time this year, thanks to Keith Rodway, Ben Browton and everyone at The Brass Monkey. The New York Dollies were on the bill with Vic, we knew immediately we heard them that with their doo wop punk they were perfectly suited to add to the bill of Club Left 2014 (a memorable event, full details in last blog). http://www.newyorkdollies.co.uk/
http://hastingsonlinetimes.co.uk/arts-culture/arts-news/trash-cannes-preview
http://www.trashcannesfestival.co.uk/#!hastings-2013-gallery/c5pt

Lots more dates in the pipeline. 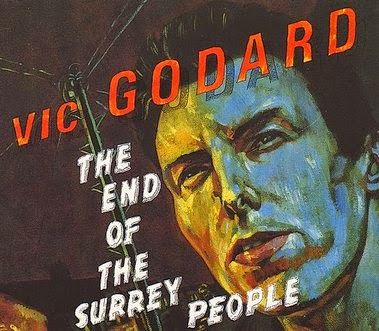 Early 2015 - Demon are releasing a DVD of the gig Vic did at the Town & Country Club 1992 with Edwyn Collins, Paul Cook, Martin Duffy and Segs. The set is mostly End of the Surrey People which by a fortunate happenstance Aed Records are re-releasing, hopefully around the same time.

And here's where it started, Vic and Paul 'the Wizard' Baker's original (and best in my humble opinion) version of End Of The Surrey People.

Extract from an original review - ".......So goes End of the Surrey people, strutting with garagey, reckless fun and forever seemingly about to collapse in a ram-a-lam heap. Vic Godard’s ear for pop, though, holds steady, and the album cruises by. 8/10 Craig Mclean"
My favourite track from the Town & Country Club gig is Vic's cover of Falling and Laughing - 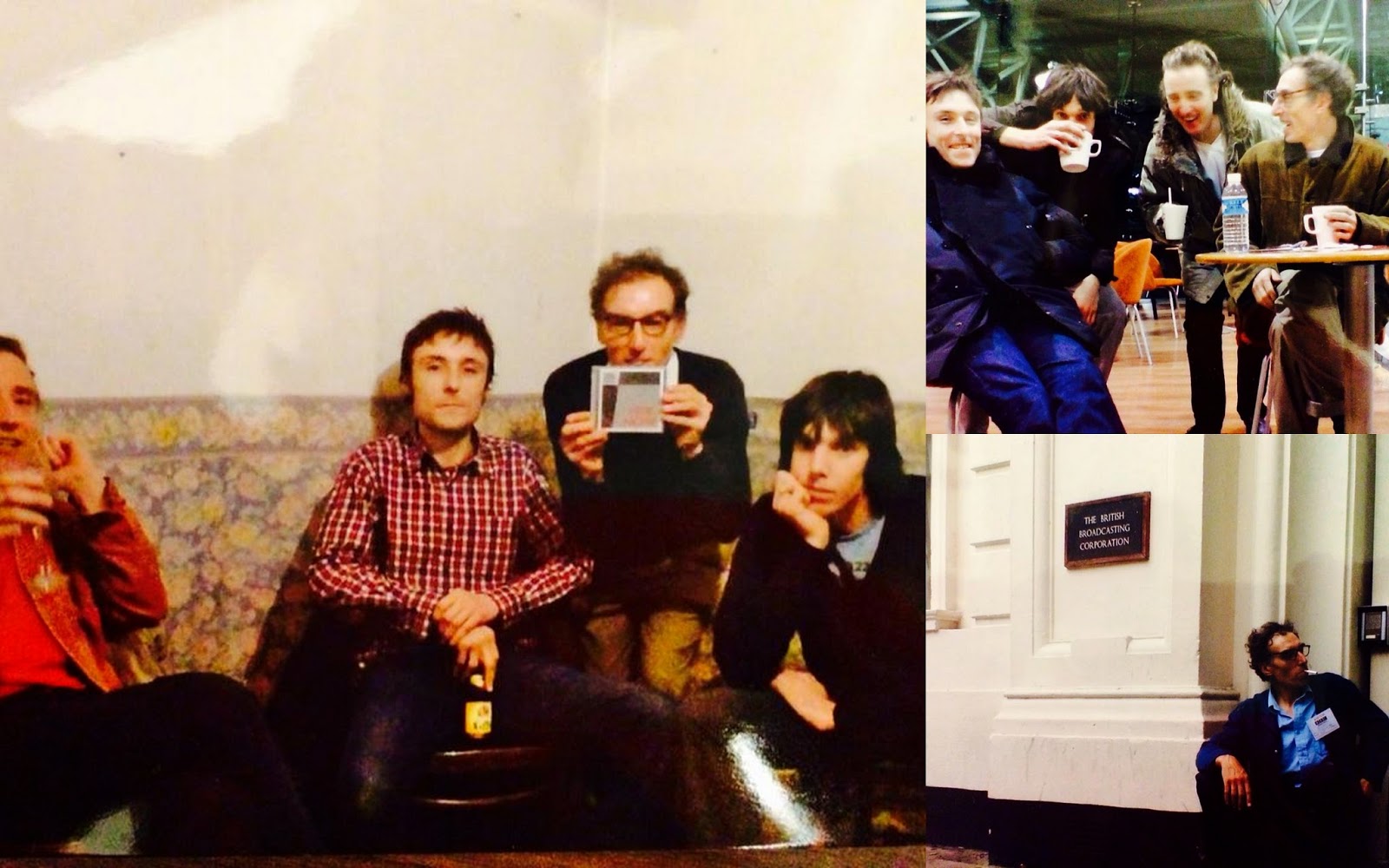 Some photos of the '1978 Now' Subway Sect. From left Mark Laff, Leigh Curtis, Vic and Trigger at The Thunderbolt Bristol; above right I think is a station and bottom right is Vic outside BBC Maida Vale, all  2007 and courtesy of Trigger aka Paul Williams.
http://www.vicgodard.co.uk/albums.html

'Rise like Lions after slumber
In unvanquishable number,
Shake your chains to earth like dew
Which in sleep had fallen on you -
Ye are many - they are few.’
http://www.bl.uk/learning/langlit/poetryperformance/shelley/poem3/shelley3.html
Posted by Unknown at 09:41 4 comments: