Hola i Benvinguda (Or 'Just call me Gert B. de Mille')

It seems an age since the 'Mates Mates' visit to Catalunya  for  Festigàbal  part of La Festa Major de Gràcia, ' the biggest street party in Barcelona', but it was only a week ago.A very enjoyable few days in Vic and Barcelona but then it's a great area to be (and they don't do bull fighting) - http://www.cataloniatravelguide.com/2013/03/04/vic/  If you could cross Barcelona and Glasgow you'd have the perfect City in my opinion.

However the the trip did not get off to a good start- 4 hour flight delay at Gatwick plus the 'got to be at the airport two and a half hours before flight' courtesy of norwegian.com, won't be recommending their management skills, no customer service representation at all and didn't answer the phone - you can  imagine what I actually think but am far too polite to say and don't like resorting to profanities. Of course no mention of delay until after we'd gone air-side, then every half hour as it approached 'Go To Gate' time the expected departure slipped back half an hour, seriously mind numbing. Will recommend Vueling though, pronounced Wueling, who we flew with on the way home.
(It was also a déjà vu moment-  on another trip to Catalunya in 2010, for Jordi Valls' London Punk Tapes Exhibition in Barcelona Vic & the gnu had a NINE hour wait at Gatwick.  The saving grace was meeting and travelling with Seymour Bybuss of The Shapes, his entertaining and erudite conversation helped the time pass fairly painlessly (that and his vapour fags)  http://hyped2death.com/shapes/index.html

You can have a look at the accompanying book to The London Punk Tapes by Jordi and then buy it! : http://issuu.com/actar/docs/londonpunktapes
http://www.actar.com/index.php?qid=2& idllibre=4831&lang=en

I digress, Sergi ( famèlic ) collected us from Barcelona and finally arrived in Vic about 7pm, settled in  to our digs for the next 2 nights (thanks to Ferran and his parents for their hospitality) and then Vic was straight off to Ramon's farmhouse in the Vic countryside to rehearse with Mates Mates - from left-  Ferran ( Prudenci Rostoll) on guitar and vocals, Luc Ma (Luca)on vocals and acoustic guitar,  Jòrbel Errapicas (Erra) on drums, Andrew Ribas Escandon (Andriu) on bass,  and Pau Orri Comerma (Pau) on trombone (hadn't arrived in time for photograph). Lluis Huedo was doing some more filming for his documentary 'Vic to Vic'. Lluis'  Les Parts Del Cos video ( http://vimeo.com/57210108 ) in previous blog  is part of it. Gert's had a sneak preview of the main work in progress and it's brilliant, humorous and a real insight in to how Vic ticks, or as close as anyone's likely to get. https://www.facebook.com/pages/MATES-MATES/199378890103020?fref=ts

This is also when and where Gert's new toy makes it's debut, you may well be sick of it by the end of this blog. Wanted to get a camcorder for a while - it will open up a world of opportunities for secret squirrel to capture those unguarded moments 'on the road', amongst other things! Technique needs a bit of work to say the least and I rather unfortunately lost the instruction booklet on way to Catalunya ( had them on CD-R at home ) so was limited to film, zoom in/out and volume and a lot of too fast panning and handshake, don't think Lee and Tracey have much to worry about! So, here we go my first ever video at Ramon's Farmhouse in Vic  The rehearsal room (farm outbuilding) was incredibly hot and sweaty and so Gert decided to brave the mozzies and gnats ( and yes did get bitten to pieces by some vicious little beasts) and sit outside in the gathering gloam with Vic and Mates Mates belting out 'Take Over' from inside. It's psychedelic man.

Back inside and this one is Mates Mates rehearsing their song Residencia, the one used for the Marc Riley jingle- you can sing along- duh duh duh duh duh duh duh MARC RILEY and then just keep repeating. (Andriu is hidden behind the pillar)
After a couple of days rehearsal and the added bonus of Vic and Mates Mates writing another new song called....'New One' ( yes, I have the videos but you may be pleased to hear they need some editing and haven't got that far yet), Vic and the gnu took a very picturesque train ride in to Barcelona.

Made the right choice with the Aparthotel Silver. Highly recommended,  situated in Gràcia, central and convenient for Festigàbal, very friendly and helpful staff, good breakfast selection, clean, very reasonable and a lovely room,  which leads nicely in to Gert's next production ' Room With A View'   (sorry E.M. Forster, and to add insult to injury I prefer 'Enchanted April' by Elizabeth Von Arnim ).  Not sure where the 'voice' came from, but fairly sure it's not mine or the gnu's, hints of Mike Leigh's 'Abigail'.


Going in sequence with the video delights this next is from the sound check. No real crowd yet meant I could stand in front and get everyone in the frame. 'Whip Rules' from the  famèlic Vic and Mates Mates 7", first time it's been played live. A few copies available from Vic at gigs and mail order from famèlic.
And limiting it this blog to one more video, don't want to over do it, so the opportunity to compare and contrast with the 'outdoor' rehearsal version above, this is 'Take Over' live at Festigàbal 2013 La Festa Major de Gràcia. Go next year, or any year, if you can, it really is a spectacle, set over 3 days with an eclectic mix of music and each street competing for best decorations and IT'S FREE. I GRATIS. http://www.festamajordegracia.cat/
(Look out for Vic giving Luca a hard time!) 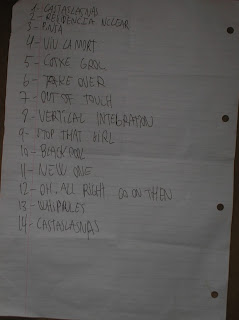 Thank you Mates Mates, Ramon and Bill, Sergi and everyone at famèlic and everyone at  HELIOGÀBAL  for the invitation to Festigàbal 2013 and thanks for the very warm Catalan welcome. Looking forward to coming back for more of the same.Tweet @elsmatesmates
https://www.facebook.com/pages/MATES-MATES/199378890103020?fref=ts
OTHER THINGS-

' Born to be a Rebel' had it's live debut on the Subway Sect Marc Riley session on 22 July, listen here to whole session- http://www.vicgodard.co.uk/marc_riley_session_270713/Marc_Riley_Session_220713.html

On the 1979 Now front there's been a bit of a lull, Vic's hoping to re-start recording when everyone's back from their hols. (Update 13 Sep- back in studio at the end of the month) 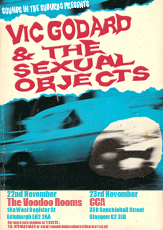 
After much discussion and rumination 30 Odd Years is going to be the next gnu inc offering  tentatively planning for a release in December. So L&R Vol 3 will have to wait and decided to leave re-releasing What's the Matter Boy until after the Sounds in the Suburbs Presents Vic and the Sexual Objects performing 'What's the Matter Boy' gigs in November. Then can include live versions by the SOBS, the original LP tracks and downloads all together.

Vic and the gnu started compiling a track list for 30 Odd Years and have now decided on what looks like the final track listing, including as many of the requests as possible- 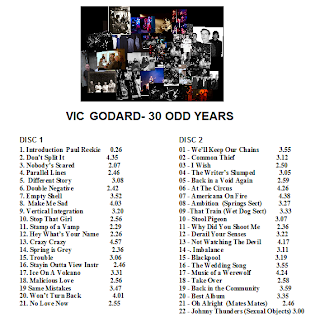 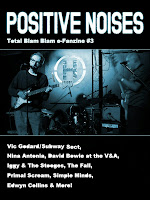 Vic did a great interview with Jaime Havlin for Positive Noises in this free to download e book-  https://www.smashwords.com/books/view/342659

Forgot about this from 1982 from SFX music-If you ever wanted to know how to make burgers Vic's your man!
http://www.vicgodard.co.uk/audio.html

The Whaligoe Steps- a very evocative piece by Douglas MacIntyre in 'Caught by the River'- http://www.caughtbytheriver.net/2013/08/the-whaligoe-steps-edwyn-collins/

Probably the best live review the Sect have had- from 229 The Venue March 2012 by John Robb - http://louderthanwar.com/subway-sect-live-review/

If you want an insight into Catalonia under Franco 'Franco's Prisoner' by Miguel Garcia is the one to go for: http://www.christiebooks.com/ChristieBooksWP/?s=Franco%27s+prisoner&searchsubmit=

Vic put me on to 'Intodown', have a listen and see what you think, free download available-
http://intodown.com/Home/tabid/36/Default.aspx
and The Olive Shoots- https://soundcloud.com/theoliveshoots/sets/ep-2013-clips-coming-september

And it's still summer , hard to believe here in Blighty- Mirabilis Jalapa or the four o'clock flower in full bloom, behind that a Callistemon or Bottle Brush and next to that Nicotiana. 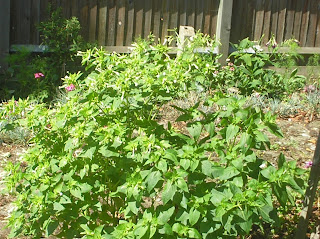 
Last one- 'Blackpool' Catalan style at the sound check Barcelona-