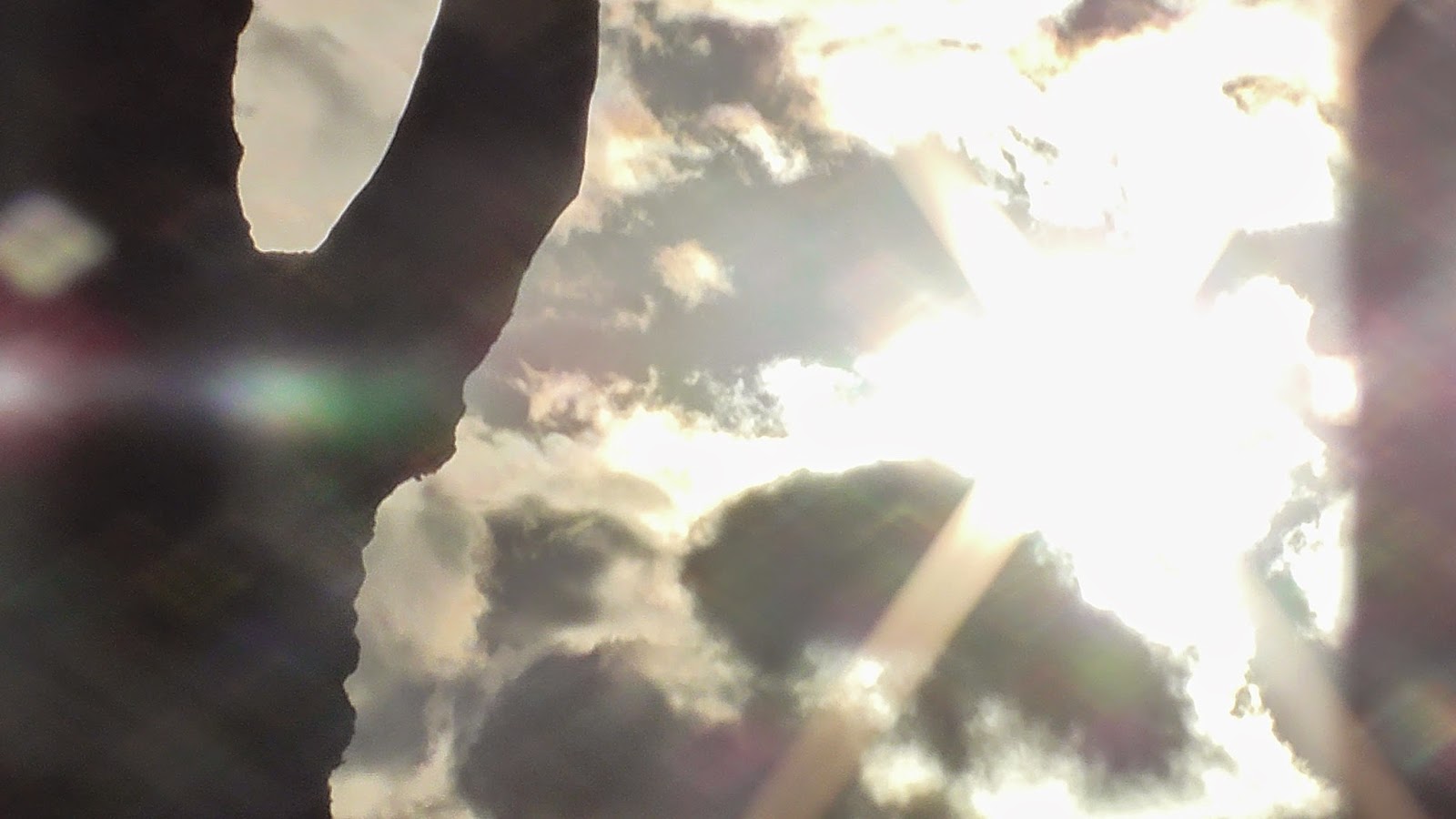 Gert here, fit as a flee and raring to go so no polite preambles, going to dive right in.


First Gig of the year - 'SOUTHEND'

What a start  to Vic Godard & Subway Sect live 2015! I think everyone at The Railway Hotel Southend-on-Sea on 7th February had a whale of a time. Gary of The Get put on a grand night of musical entertainment. Kicking off with the inimitable and unforgettable Cryin' Queerwolf, then the seaside sound of Kiss Me Quick, then The Get, then the debut of the 2015 VG & Subway Sect, sounding good, Vic's back on guitar and Paddy Pulzer did a great turn standing in for Ian (who's back for the next batch of shows). Vic and the Sect got a lovely warm reception from all the lovely people there and The Railway is another venue to add to the top ten. Already looking forward to a return visit.


The videos below are courtesy of Southend Sites for Southend Punk,  'Southend' (the new Blackpool) and one of the best live Stool Pigeons I've heard. They've got much more from the night including videos of The Get, Cryin' Queerwolf, Kiss Me Quick and Music Of A Werewolf plus photographs, including The Dim Locator's.
http://southendpunk.com/html/soutpunk.htm
https://www.facebook.com/groups/southendsites777/?fref=ts 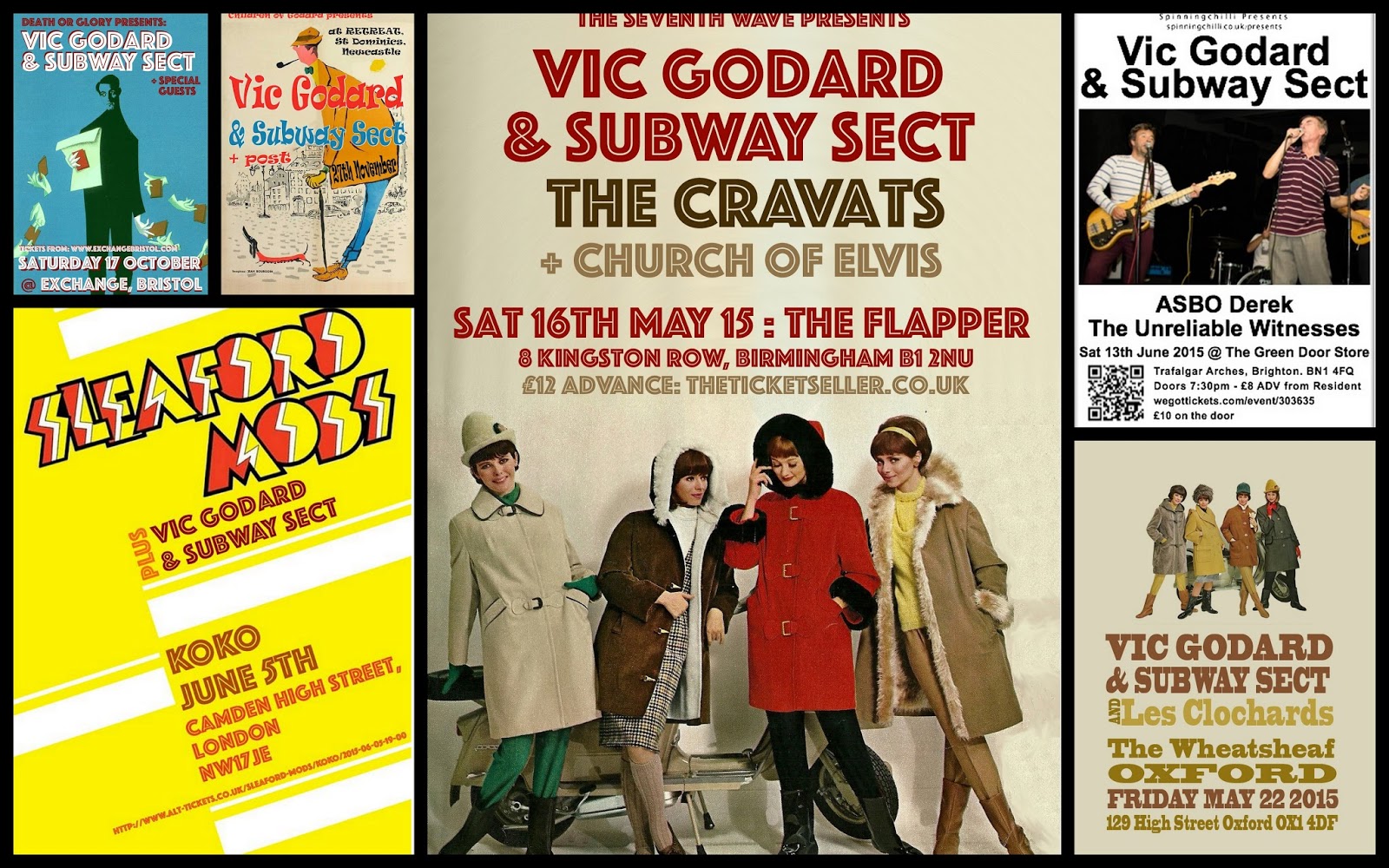 And talking about The Sexual Objects, 'Cream Split It Up' the long anticipated new limited 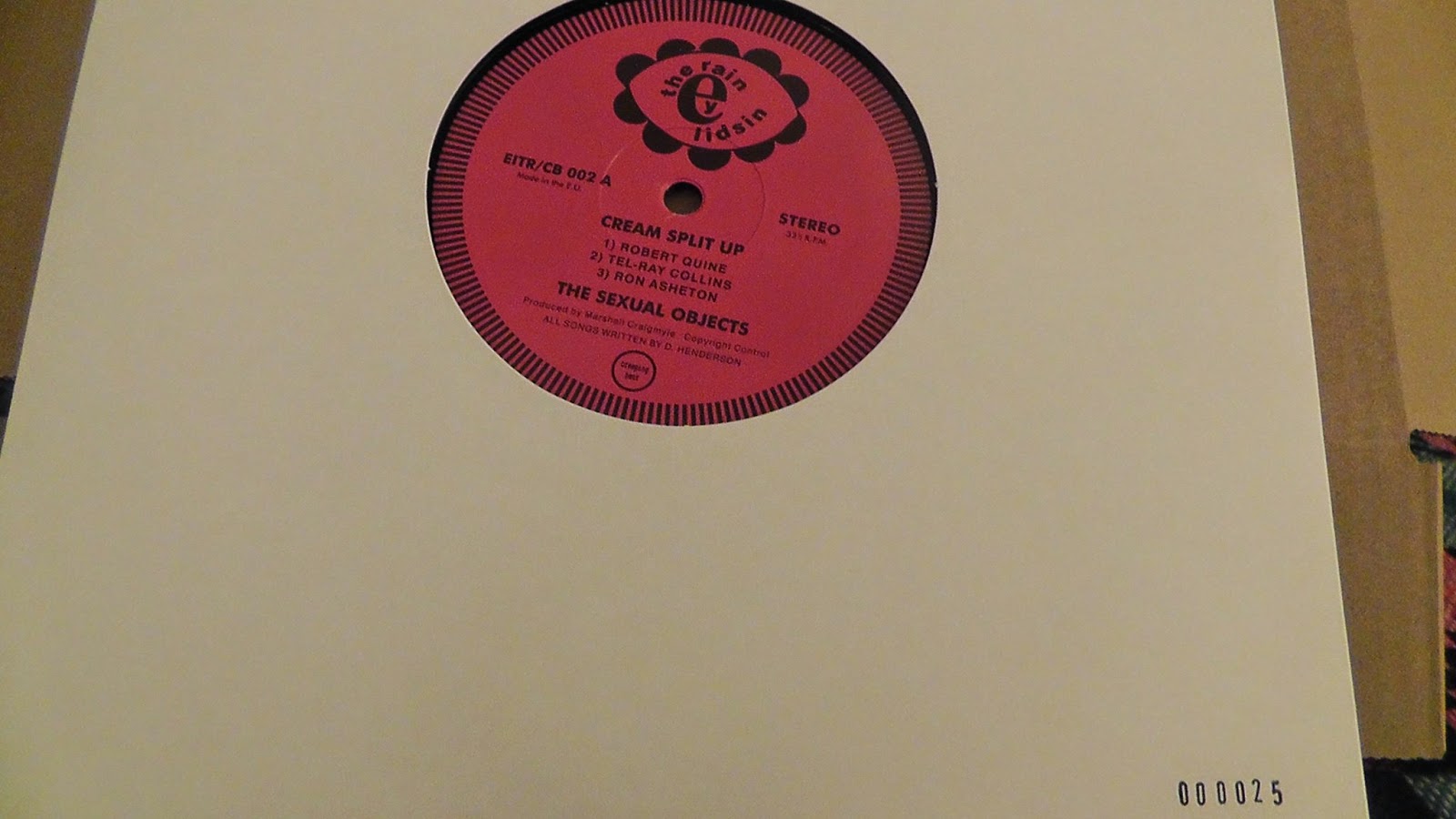 
Sunday 1st March 2pm - Lee McFadden and Dave Smith present the first The Dave and Lee Travesty Show on Croydon Radio, playing the obscurest of out there punk 'that will make your ears bleed'! (PS you'll have to watch the podcast or the next one)
http://croydonradio.com/schedule/show.php?HistoryID=68c4777a-0114-3784-a287-34749a123e78 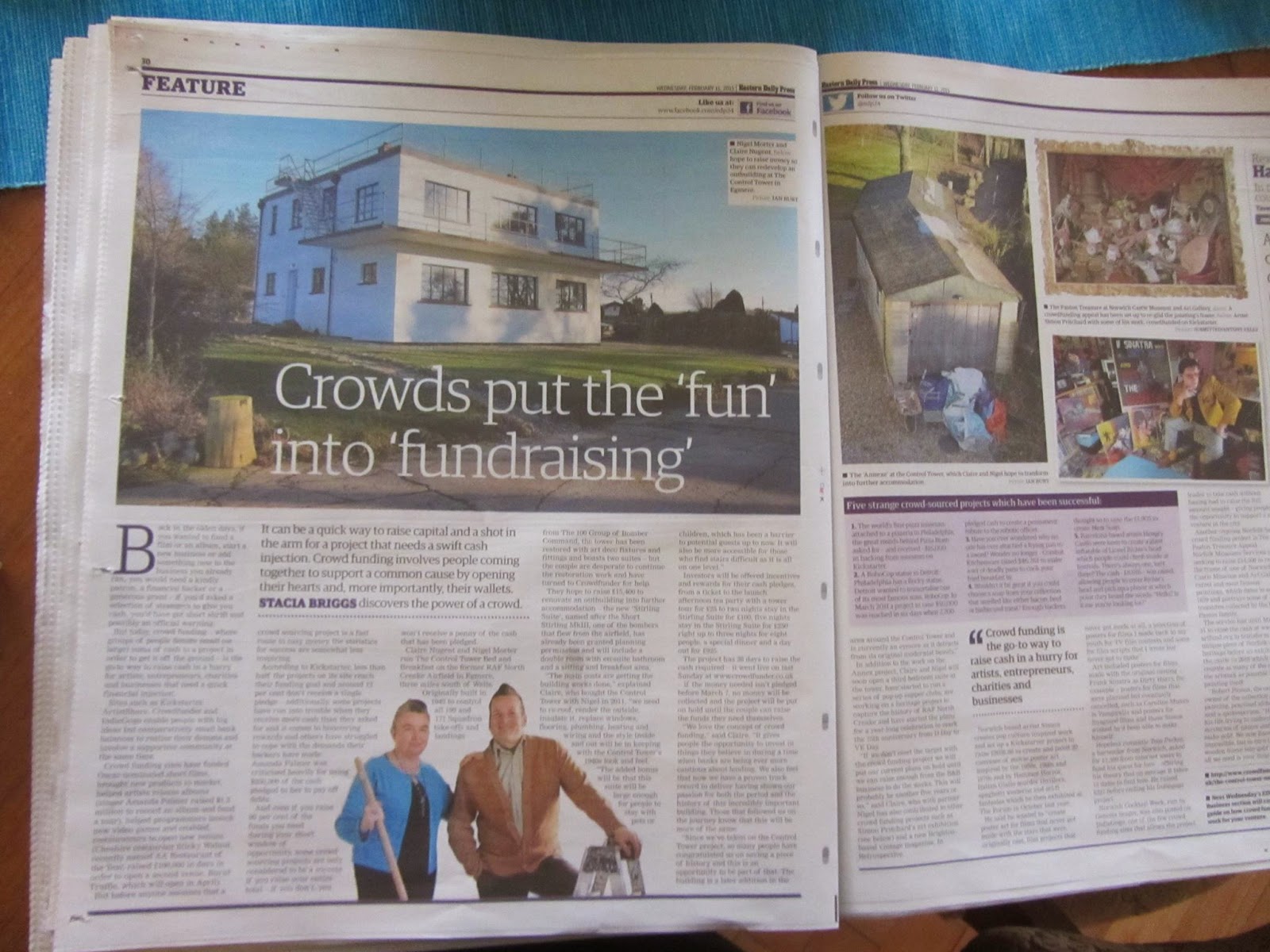 Thinking of a visit to North Norfolk? Then you could kill two birds with one stone and Get your shekels out for a stay at The Control Tower, bag yourself, friends/family some great rewards by making a pledge for the Annexe Project.
http://www.crowdfunder.co.uk/the-control-tower-needs-you/widget/
Alternatively just book a stay! http://www.controltowerstays.com/
Catch Claire and Nigel on 'Mustard TV' - start of Part 2.
http://www.mustardtv.co.uk/episode/the-mustard-show-218/

Added/removed a few songs on soundcloud, 'Different Story' live in Paris 1978 one of the 'new' ones https://soundcloud.com/search/sounds?q=Gertie%20grocott
and an EXCLUSIVE treat for you here, found on a mini disc, Vic's 'These Three Things Nearly Always Seem To Sort Of Matter'. If anyone can make out what the three things are let us know! https://soundcloud.com/gertie-grocott/vic-godard-these-three-things

Just about to start reading The Bees by Laline Paull - "Buzzing with sensuous detail and shocking moments, Paull’s intimately-researched look at life in the hive is a surprising reflection of our own structures of power, obedience, and free will." I'll let you know.
http://www.lalinepaull.com/the-bees.html

Going to see Albert Serra: Singularity at Tate Modern on 13th March, part of Albert Serra: Divine Visionaries and Holy Fools .  The initial draw for me? Finding out that there is a performance by the legendary Jordi Valls / VGN Dentana Organ before the films.
http://www.tate.org.uk/whats-on/tate-modern/film/albert-serra-singularity
https://www.youtube.com/watch?v=X6aFomxVR9Y

'Ready or Not' - The Delphonics


In 1969 Ken Loach's second feature film, Kes was released, based on 'A Kestrel For a Knave' by Barry Hines and referred to by some as a masterpiece (I'd be in that camp), it is a bittersweet, haunting story about a Yorkshire boy growing up with few prospects, in a dismal world, whose interest in life is renewed by the love and respect he comes to feel for the kestrel he trains, David Bradley's central performance as Billy quite astonishing. It is equally astonishing that Collin Welland is the only professional actor in this film.  If you haven't seen it I highly recommend it, still resonates, just make sure................oops, nearly let slip a spoiler. This is the original trailer:

'Compare and Contrast', if you fancy it and for no particular reason, with -

In 1971 the ingenious and scary horror film Willard was released, directed by the esoteric Daniel Mann ( Butterfield 8 and The Teahouse Of The August Moon among others), based on the novel 'Ratman's Notebooks' by Stephen Gilbert. It's about a boy living with his invalid mother in a rat infested building, few prospects, who copes by making friends with one of said rats (one might have thought this would present an insurmountable problem of identification, bearing in mind the almost identical physiognomy of your average inbred sewer rat.) It is not long before he comes up with the idea of training his new found friend (and legions of relatives) to exact revenge on his enemies and then it gets seriously sicko. I've never watched all of it, some scenes it's ears blocked and eyes tight shut but here it is in its entirety.
https://www.youtube.com/watch?v=u3Fndi62nGI


If you want more you could move on to the sequel 'Ben'* (for * see end of blog).
Ben Part 1 -  https://www.youtube.com/watch?v=PeqmAo8fgdE
http://www.abebooks.com/book-search/title/ratmans-notebooks/author/stephen-gilbert/page-1/
http://www.britannica.com/EBchecked/topic/1939433/Daniel-Man
http://www.esplatter.com/reviewsttoz/willard.htm 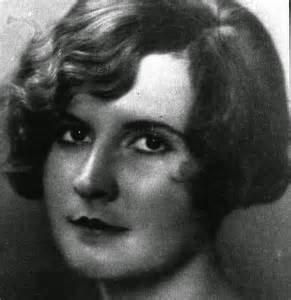 Butterfield 8, a favourite of mine, also directed by Daniel Mann and  based on the book by John O'Hara, which in turn is based on the life of flapper Starr Faithful (left). Trailer below.
http://www.fantasticfiction.co.uk/o/john-ohara/
http://www.nydailynews.com/archives/news/dangerous-game-starr-faithfull-1931-article-1.798579
http://www.abebooks.co.uk/servlet/SearchResults?kn=John+O%27Hara+Butterfield+8&sts=t&x=52&y=9

The World At War
I remember watching this series at school in 1974 and being deeply affected by it, it was my awakening to the reality and scope of man's capacity for inhumanity. The series is currently being repeated on the BBC and available on iplayer and I cannot recommend highly enough.
http://www.bbc.co.uk/programmes/b00hkpq6/episodes/player
We didn't learn much though, did we? 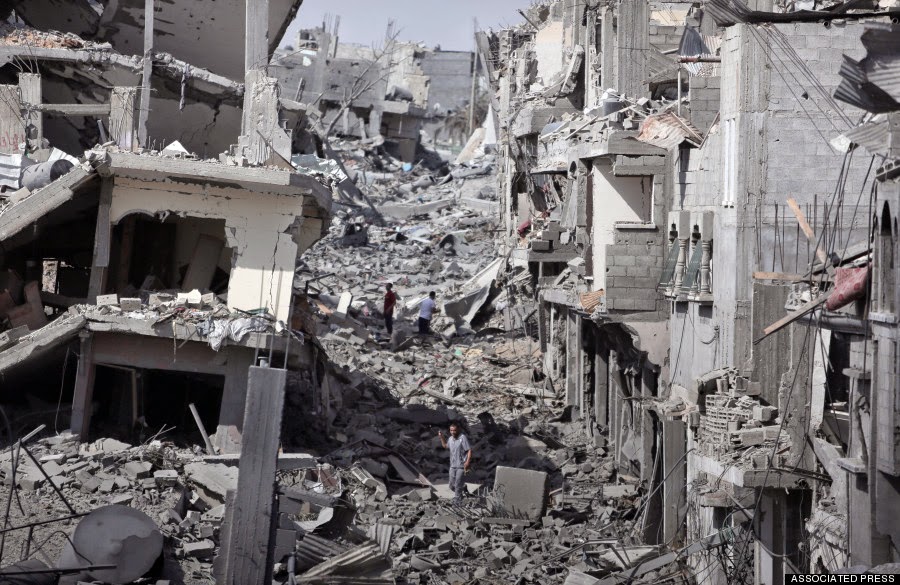 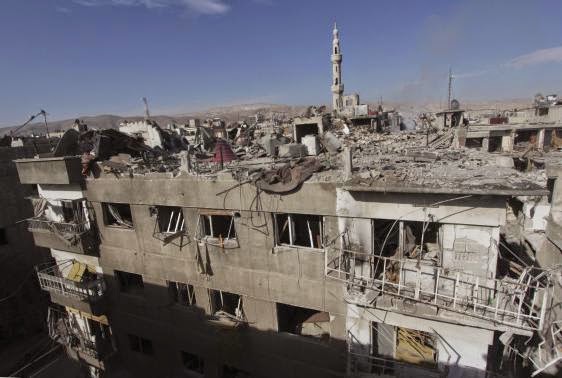 "A general view of the destruction after what activists said were at least 20 air strikes by forces loyal to Syria's President Bashar al-Assad in the Douma neighbourhood of Damascus February 5 2015"  Credit: Reuters/Photo Mohammed Badra http://www.reuters.com

I could have chosen any number of photographs illustrating death and destruction in our world.

Where do all the persecuted and displaced people go? Places like this below or perhaps forced to live in unacceptable conditions underground like some in Ukraine. This bit was meant to flow from the photographs above but I have ended up unexpectedly straying in to some very alarming territory (not that the above isn't all alarming but it's in your face). I found this article, which seemed sensible until I got to the credit and saw Rand Corporation. Now RAND meant nothing (I'm now ashamed to say), it was the 'corporation' that made me feel I should check it out and I found a whole can of some very frightening worms coming out of this 'non profit global policy think tank' (depending on your point of view!!). Here's the thing, now, upon re-reading the article I'm seeing all sorts of hidden agendas going on, so, is it feasible not to tar everyone who contributes to an extremely, scarily powerful group ( and of course they have a presence in Doha, Qatar) with the same wary brush and have I  just turned in to a conspiracy theorist?

http://strategicstudyindia.blogspot.co.uk/2015/02/syrian-refugees-blessing-in-disguise.html
If you read this next piece http://mentalfloss.com/article/22120/rand-corporation-think-tank-controls-america your answer may well be an outright no, although you may want to check some of the assertions in this 2009 article by Alex Abella, not a fan of RAND (Soldiers of Reason:The RAND Corporation and the Rise of the American Empire 2008), for example "RAND is directly responsible for packet switching, the technology that made the Internet possible" hmmmm, perhaps a glance at this would enlighten the author a bit further, 'How the Brits invented packet switching and made the internet possible' (2010)
http://www.computerweekly.com/video/Video-How-the-Brits-invented-packet-switching-and-made-the-internet-possible

I don't like labels - 'Radicalisation', an inflammatory, alienating catchword of our times if ever I heard one. I personally find its current ubiquitous use (particularly by politicians and the press) as a catch all label, disturbing to say the least, lumping in the choices of fifteen year old girls with grown men who up sticks to go and hack people's heads off (how many irrational choices did you make  when you were 15??). Indiscriminately and inappropriately applying this designation isn't going to do much for community relations, inclusiveness or trust but will certainly engender further mistrust/distrust and alienation among many.


Moving On I heard this on an advert and wanted to hear the whole song, fairly bizarre (there is a stranger one of this though), 'I Put A Spell On You' Screamin' Jay Hawkins (1966), even he can't keep a straight face by the end. (According to Vic the beat of this song has been plundered copiously by the Hip Hop world, including Notorious B.I.G. on Kick In The Door - https://www.youtube.com/watch?v=ZRfnWpV4i7E )


Even more far out is Mr Hawkin's  'Constipation Blues'- https://www.youtube.com/watch?v=nbfnP3nhghk

Vic's eclectic mix tape for The Voice of Cassandre:
https://www.mixcloud.com/greggringo/vic-godard-mixtape-n-265/

If you missed Vic's interview with Ian Carter for Smash It Up -
http://www.smash-it-up.com/interviews.html 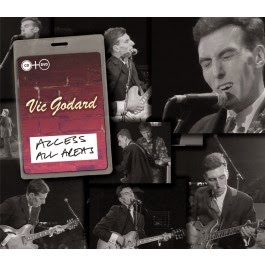 The gnu's new theme tune 'Wooly Bully' by Sam the Sham and The Pharaohs. Love the video with the added bonus of a trailer for The Untouchables at the end.


*'Ben' by Michael Jackson was my third ever LP after Tommy Steele and The Monkees. Just been listening to it again, I forgot how good it was, some great songs - Greatest Show On Earth, People Make The World Go Round, We've Got A Good Thing Going, Everybody's Somebody's Fool, My Girl.........not a duff one among them (ok, In Our Small Way is a tad naff and Shoo Be Doo Be Doo is a travesty of Stevie Wonder's song, but apart from them ) and as it's pre Mr Jackson's metamorphosis so it's beautifully sung. Here's the whole LP if you fancy a listen - http://musicmp3.ru/artist_michael-jackson__album_ben.html#.VPGw6eEXmSo

'People Make The World Go Round'

Adieu until the next time........poor choice of word for an atheist! 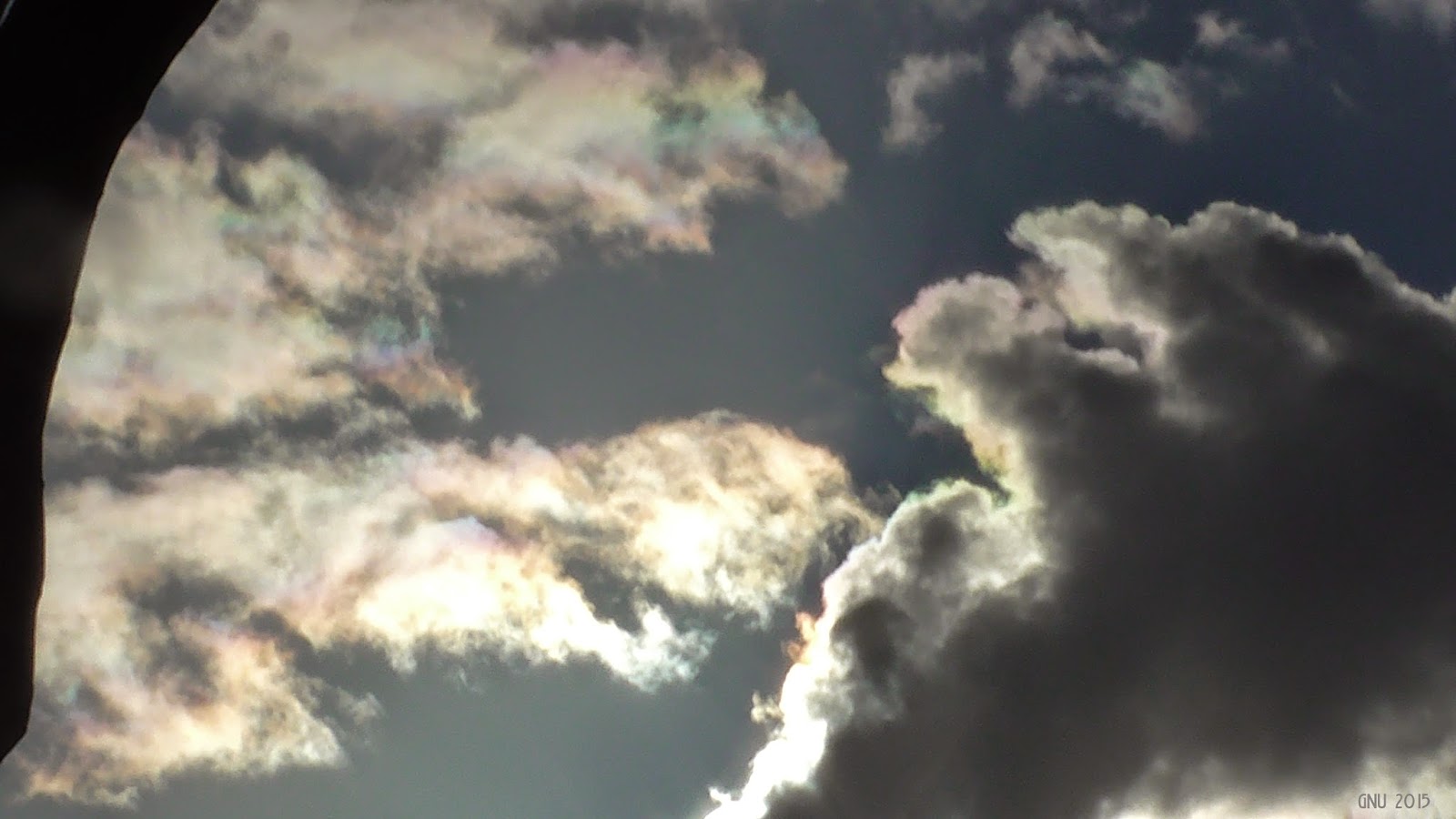 PS Vic and the gnu tried to book their favourite hotel the Knavesmire Manor York for a trip to the races but couldn't find it listed anywhere. This is why, so if you've got a spare £1,000,000! https://www.smithsgore.co.uk/property-for-sale-York-25181118